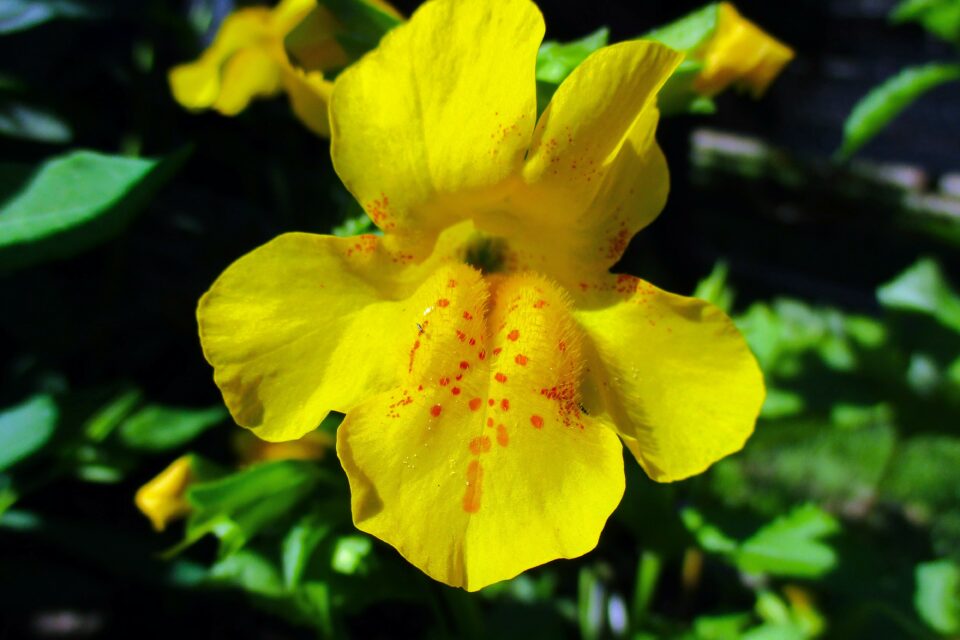 While scientists have known that self-pollination can jeopardize plant species’ long-term survival, they did not understand the mechanism behind the threat or how quickly it became detrimental. To investigate, a team of researchers led by Jeremiah Busch of Washington State University conducted a genetic study.

“We found that in a very short amount of time, there were major consequences on the genomes of the plants when they had to adopt selfing,” said Busch.

The team compared a group of self-pollinating monkeyflower plants to a group of bumble bee-pollinated monkeyflowers. They determined that the “selfing” plants lost between 13 and 24 percent of their genetic variation, and substantial loss occurred within nine generations.

We already know that genetic variation is a major factor in determining how species adapt to changing environments, so this loss could seriously hinder a plant’s ability to survive.

Busch explained that in selfing populations, particular genotypes might be selected for if they are shown to be advantageous. However, some harmful mutations may “hitchhike” as well. This “genetic hitchhiking” is less likely in bee-pollinated populations due to the mixing of genetic material.

“If pollinators are lost, it’s not just going to be a problem for the pollinators: plant populations will lose genetic variation in tens of generations – not thousands, but tens.”

Busch would be interested to see long-term studies determining if and when population collapse occurs due to a lack of pollinators and loss of genetic variation.

“A really important next step is to see how fast highly inbred groups will have their viability decline over time – to know how quickly those populations will go extinct,” said Busch. “We need to really understand what the consequences are from pollinator loss. It will matter for wild populations of plants and crops. A lot of crops depend on bees.”

This study can be found in the journal Evolution.