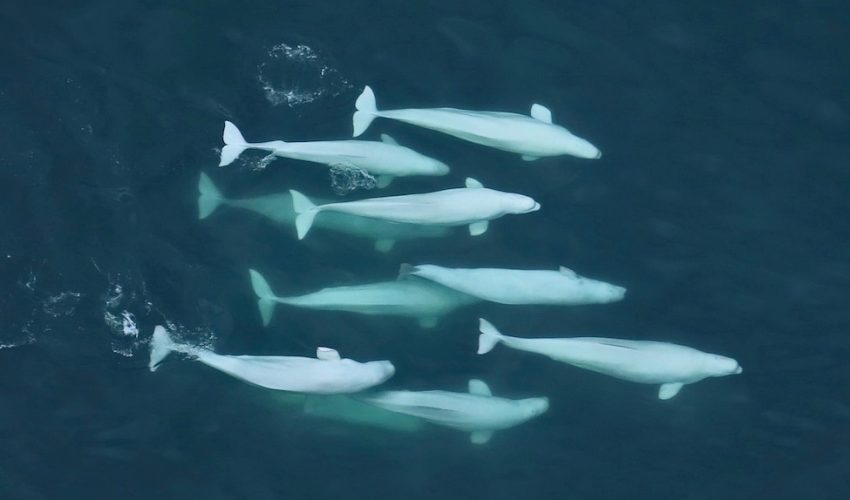 An international team of researchers led by Florida Atlantic University has discovered that beluga whales seem to value their ancestral roots, family ties, and culture. The experts found that the whales meet up with their relatives at the same locations year after year and generation after generation.

“What intrigued us most was whether particular whales returned to where they were born or grew up and if this was an inherited behavior,” said lead author Greg O’Corry-Crowe.

“The only way that we could definitively answer these questions was to find and track close relatives from one year to the next and one decade to the next.”

The study was focused on 1,647 beluga whales in all of their major concentration areas in the North Pacific including the Gulf of Alaska, the Bering-Chukchi-Beaufort Seas, and the Sea of Okhotsk.

The research spanned more than three decades from 1978 to 2010, and accounted for all significant coastal summering aggregations in the study locations.

The scientists analyzed 1,444 samples for both mitochondrial DNA and eight repetitive DNA sequences.

Beluga whales were found to habitually return to their summering grounds to assemble with close relatives, and close kin were documented at the same summering sites up to twenty years apart.

The findings of this study suggest that migratory culture is inherited in the beluga whale society. These whales know where to go and where not to go, and this information is being passed from one generation to the next – possibly from mother to calf.

“Findings from our study are expanding our understanding of how sophisticated non-primate societies can be and how important culture is for the survival of these species,” said O’Corry-Crowe.

“Our findings also will influence our thinking in terms of how populations and species are going to adapt to dramatic environmental changes. There are few places where this is more urgent than in the rapidly changing polar regions.”

The study is published in PLOS One.