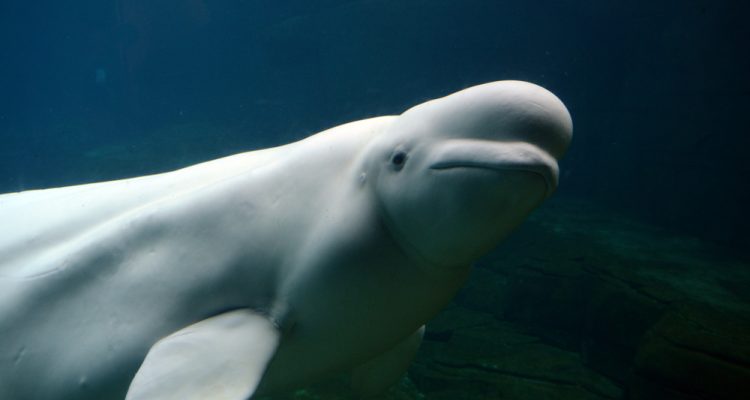 Endangered beluga whales in Alaska are focus of NOAA plan

A new recovery plan for endangered beluga whales in Alaska has one missing piece: the threat keeping their population from growing.

The National Oceanic and Atmospheric Administration announced its new plan to aid beluga whales in Cook Inlet on Wednesday. The Alaskan whales were listed as endangered in 2008, a designation the state fought.

After eight years under Endangered Species Act protections, the beluga population in Cook Inlet has not recovered. NOAA officials admit they’re not sure why.

The new plan, developed by NOAA’s Marine Fisheries Service, takes that missing piece into account. The plan focuses on research into “potential threats” that could be blocking recovery, such as noise or other stressors.

Once NOAA scientists discover whatever threat is preventing more baby belugas, the focus will shift to figuring out a workaround for the whales.

Then, if all goes well, their numbers will begin increasing again.

The United States has just five beluga whale populations, including the Cook Inlet whales. The inlet, which stretches from Anchorage to the Gulf of Alaska, could house 1,300 whales, officials said.

Cook Inlet whale numbers began shrinking in the 1980s. Officials believed ending subsistence hunting by Alaska Natives in 1999 would stop the decline, but it did not. Now, scientists with NOAA will study threats including natural disasters, noise, algae blooms, loss of prey, and more.

When the whales were declared endangered in 2008, the recovery plan at the time planned to upgrade them to “threatened” when numbers reached 520 and remove them once the population hits 780.

Without new research into why fewer belugas are swimming wild and free, that may take a while, scientists said.

Even if researchers were to discover and remove the threat to the whales this year, it could be 50 years before the population recovers, they said.