Bermuda fireworms give off a unique glow while mating • Earth.com 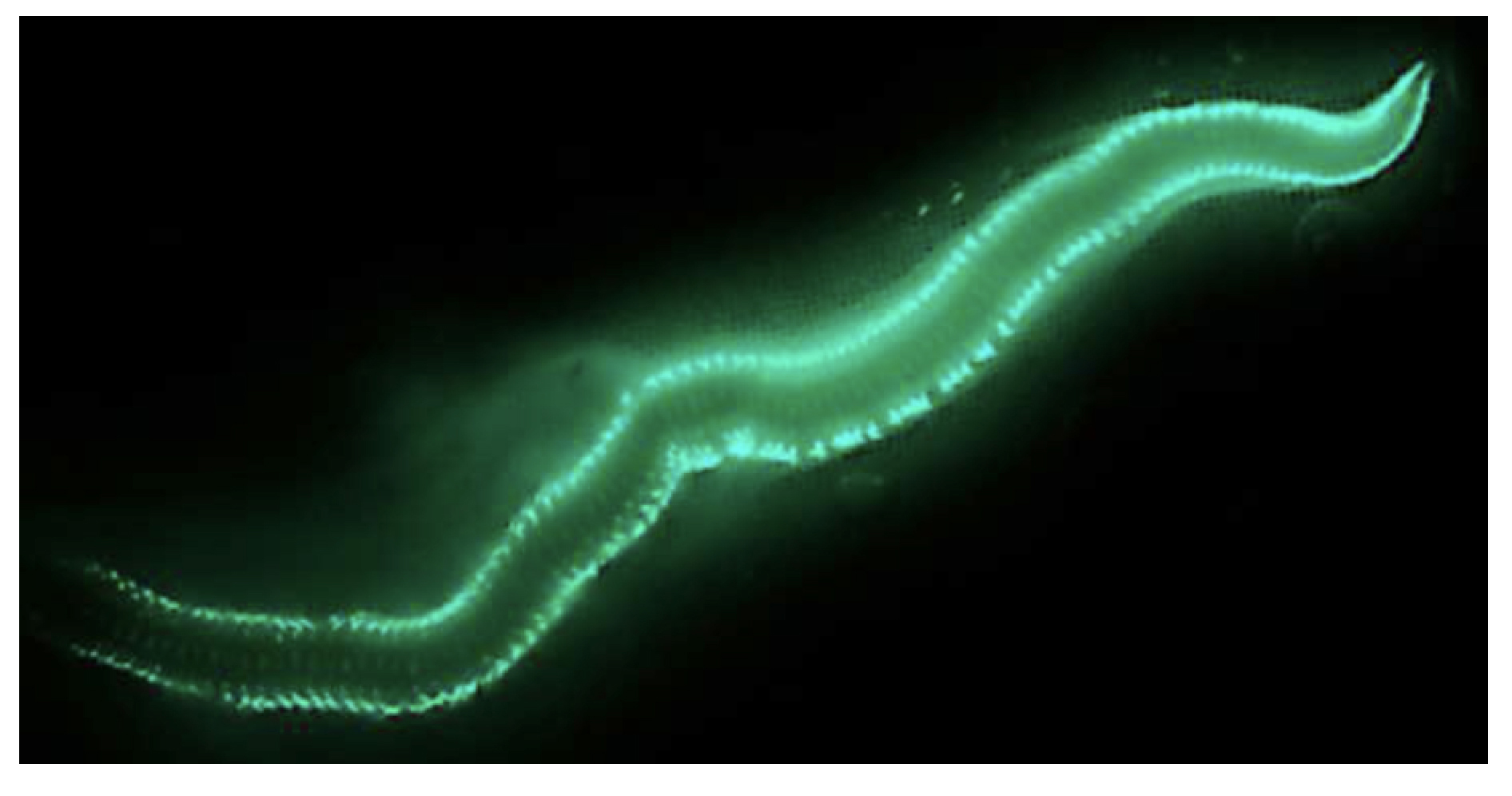 Bermuda fireworms give off a unique glow while mating

Researchers at the American Museum of Natural History (AMNH) have investigated the genes that are responsible for the glow of bioluminescent marine Bermuda fireworms while they are mating. The experts found that the enzymes behind the striking display are unique to the bioluminescent animal’s family, and are entirely different from the enzymes that produce similar displays among fireflies.

The remarkable illumination of the Bermuda fireworm, or Odontosyllis enopla, was first documented in 1492 by Christopher Columbus and his team as they sailed across the Caribbean just before landing in the Americas. The lights were described as “looking like the flame of a small candle alternately raised and lowered.”

In the 1930s, scientists finally realized that the documentation by Columbus’s crew was referring to the carefully-timed mating habits of fireworms, whose unique reproductive behavior can be observed in the summer and in the fall.

Beginning at precisely 22 minutes after sunset on the third night after the full moon, spawning female fireworms secrete a bright bluish-green luminescence to attract the attention of potential mates.

Study lead author Mercer R. Brugler is a research associate at the AMNH and an assistant professor at New York City College of Technology.

“It’s like they have pocket watches,” said Professor Brugler.

For their investigation, the researchers analyzed the transcriptome, which is the full set of RNA molecules, of a dozen female fireworms from Ferry Reach in Bermuda. Ultimately, the study confirmed the findings of previous research which found that fireworms produce a special luciferase enzyme that makes them glow.

The luciferase found in Bermuda fireworms and their relatives was found to be distinctive from those found in any other organism to date.

“The female worms come up from the bottom and swim quickly in tight little circles as they glow, which looks like a field of little cerulean stars across the surface of jet black water,” said study co-author Mark Siddall.

“Then the males, homing in on the light of the females, come streaking up from the bottom like comets – they luminesce, too. There’s a little explosion of light as both dump their gametes in the water. It is by far the most beautiful biological display I have ever witnessed.”