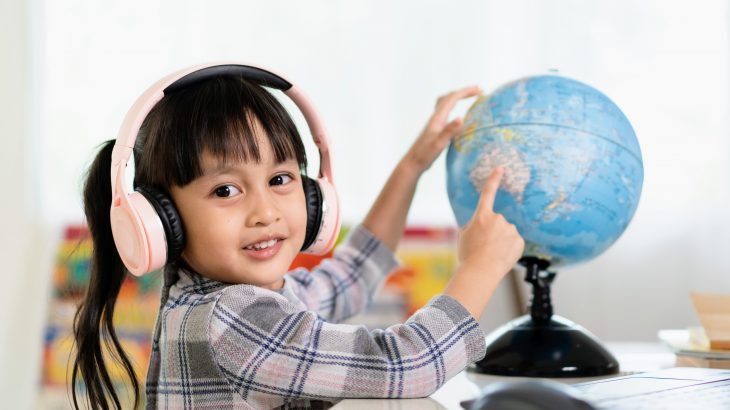 Growing up in a bilingual home has been linked to cognitive benefits later in life, according to a new study from Anglia Ruskin University. For the first time, researchers have demonstrated for that adults who acquired their second language as young children are faster at detecting visual changes and attention-shifting compared to bilinguals who learned a second language later in life.

In a previous study, the researchers had found that infants raised in bilingual homes adapt to their more varied language environment by shifting their visual attention faster and more frequently.

“Experiences such as musical instrument and video game training are known to modify cognitive control processes. So, claims that practicing more than one language increases cognitive demands, and thus cognitive control, come as no surprise,” wrote the study authors.

“Because words in both lexicons are activated during language use, it is possible that bilinguals rely on domain-general cognitive control processes to monitor and inhibit the activation of words in the non-target language when speaking. This ‘bilingual advantage’ in cognitive control has even been reported in children as young as 7 months.”

“But rather than label it as a ‘bilingual advantage’ as convention dictates, we suggested it was an adaptation to a particular set of constraints – i.e. to a more varied and unpredictable environment.”

The experts wanted to know whether the adaptations found in early development persist through to adulthood. To investigate, they tested 127 bilingual adults in two separate trials.

In the first experiment, the volunteers watched side-by-side images on a screen as one gradually changed and the other stayed the same. Early bilinguals, or individuals who learned a second language as children, picked up on the changes much faster than late bilinguals.

The second experiment confirmed that early bilinguals were better at controlling their attention. In particular, they were faster at disengaging from one picture to focus on another.

“This study is an exciting extension of our previous research, which suggested that infants raised in bilingual homes adapt to their more complex language environments by switching attention faster and more frequently,” said study lead author Dr. Dean D’Souza.

“This adaptation may help them to take advantage of multiple sources of visual information, such as mouth movements, facial expressions, and subtle gestures, ultimately helping them to learn multiple languages.”

“The findings from our new research with bilingual adults suggest that some of these adaptations, including being quicker at shifting attention, are maintained into adulthood.”