Bird coloration is fading due to climate change • Earth.com 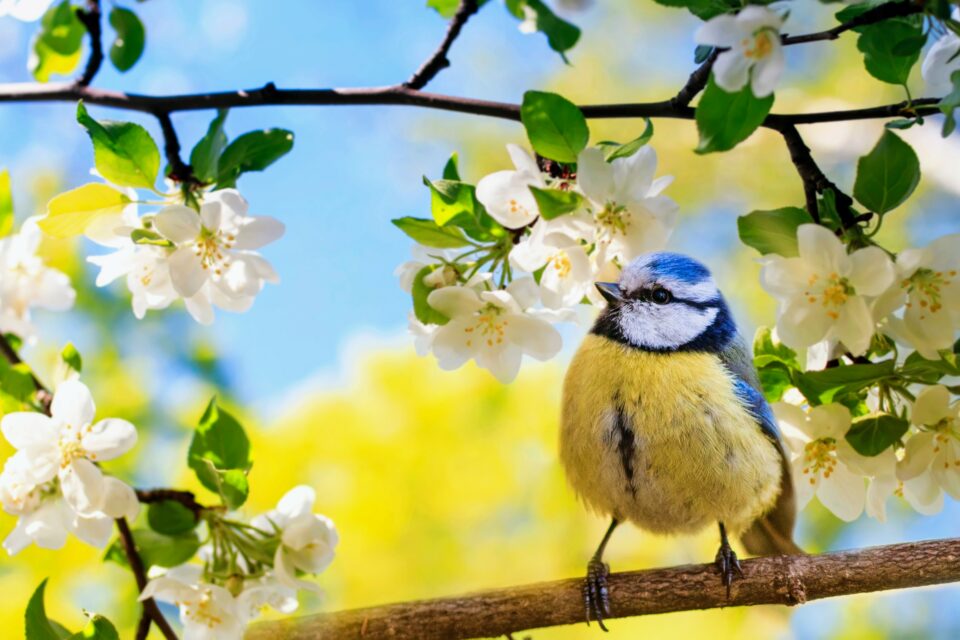 Bird coloration is fading due to climate change

Blue tits are characterized by their striking coloration, sporting a blue crest and a yellow breast. By following two populations of blue tits in the south of France  – one close to Montpellier and the other on the island of Corsica – over a period of 15 years (2005-2019), a team of researchers led by the University of the Basque Country (UPV/EHU) and the Center of Functional and Evolutionary Ecology in Montpellier, France has found that the coloration of these birds has gradually become less bright and intense. According to the experts, this long-term decrease in coloration is most likely caused by climate change.

“Our work suggests that environmental changes, and specifically climate change, could be the main reason why birds such as the blue tit are undergoing a change in their physical features, more specifically in the brightness and intensity of their coloration,” said study lead author David López-Idiáquez, a postdoctoral fellow at UPV/EHU.

“A negative trend in terms of brightness and intensity of plumage coloration in both sexes and populations has been observed, although in Corsica this change is more associated with climate. The change in plumage color seems to be the result of a combination of a rise in temperature (1.23 ºC) and a fall in rainfall (0.64 mm), so climate change would be the potential cause of this difference.”

When animals experience environmental changes, they have four options: to undergo genetic change, to undergo plastic change (a modification of physical features without genetic changes), to migrate, or to become extinct. According to Dr. López-Idiáquez, the change in plumage characterizing blue tits falls into the second category. “It is important to stress that this change is not genetic but plastic, one of the ways of adapting to new environmental conditions,” he explained. These changes may have an effect on the mating patterns of this species, since in these birds, traits such as coloring function as signals to indicate to conspecifics the reproductive quality of the specimens.

“Overall, this study suggests that ornamental colorations could become less conspicuous because of warming, revealing climate change effects on sexual and social ornaments and calling for further research on the proximate mechanisms behind these effects,” the authors concluded.

The study is published in the journal The American Naturalist.