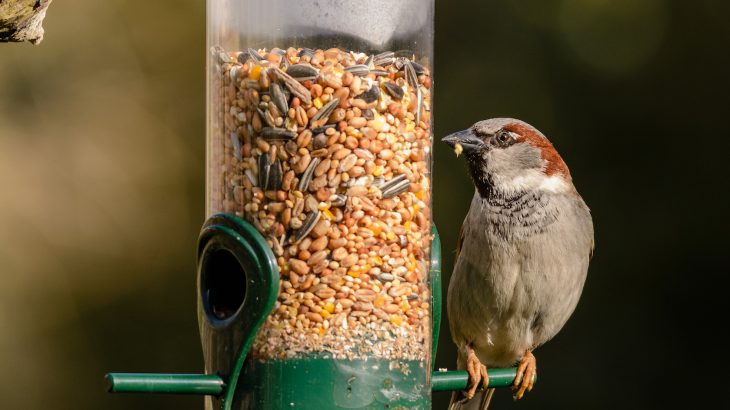 Many people enjoy putting out bird feeders in their yards and gardens and watching as many different colorful birds stop by for a bite. However, have you ever considered the environmental impacts of bird feeders and if they actually benefit the birds themselves?

Researchers from the University of Exeter and the British Trust for Ornithology conducted a new study to investigate how bird feeders benefit garden birds and found that bigger, more dominant species get first dibs of the feed.

The study was published in the journal PlOS ONE and it’s one of the few studies aimed at determining the impacts of bird feeders.

“Bird feeding has become increasingly popular in the UK and throughout much of the world in recent decades,” said Jon Blount, the senior author of the study. “However, its impacts are still poorly understood. Bird feeders create a concentrated food source which can result in more quarrels between individuals of different species, which we predicted would lead to the formation of a dominance hierarchy.”

For the study, the researchers observed birds that flocked to feeders placed around the University of Exeter’s Penryn Campus in Cornwall.

The researchers found that weight and size were a major indicator of dominance. When two birds interacted at the feeders, the one that ended up staying at the feeder was considered the winner, and the winners were larger garden birds.

“Our findings show that larger, heavier species get better access to food – so if the aim of bird feeders is to benefit all species, we need to investigate ways to achieve this, such as different mixes of foods and feeder designs,” said Blount.

The results show that bird feeders are not just simple garden accessories but also unfairly benefit some bird species over others.

Bird feeders can offer much-needed food during winter or harsh weather, but the researchers say that more work is needed in order to make sure that bird feeders can sustain and benefit all species equally.

“With more and more people feeding the birds in their gardens it is more important than ever that we understand any implications this might have for the birds themselves,” said Kate Plummer, a joint first author of the study.