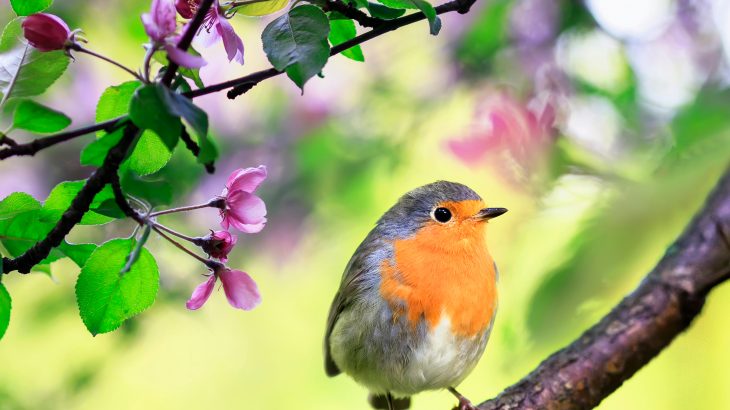 A new study from the American Association for the Advancement of Science reveals that reduced noise pollution during COVID-19 restrictions gave some bird communities the opportunity to improve their songs.

When scientists evaluated the birdsong of white-crowned sparrows in the San Francisco Bay area, they discovered that the birds were performing higher quality songs after the lockdown.

“Anthropogenic noise pollution (ANP) is a globally invasive phenomenon impacting natural systems, but most research has occurred at local scales with few species,” wrote the researchers.

“We investigated continental‐scale breeding season associations with ANP for 322 bird species to test whether small‐scale predictions related to breeding habitat, migratory behavior, body mass and vocal traits are consistent at broad spatial extents for an extensive group of species.”

The study was focused on the difference in bird songs before and after the COVID-19 pandemic shutdown in both urban and rural environments.

The findings strongly suggest that previously reported regional changes, which resulted in lower quality songs, were the direct result of increased anthropogenic noise pollution. The interference of noise can compromise the male birds’ ability to defend their territories, and the long-term consequences on reproductive success are largely unknown.

A research team led by Elizabeth Derryberry has been monitoring urban and rural populations of white-crowned sparrows in the San Francisco Bay area for years. The scientists previously showed that as urban noise levels have increased in the region – primarily due to rising levels of traffic – the sparrows have begun singing songs that are characterized by higher minimum frequencies. This strategy allows the birds to communicate across greater distances, but results in a lower quality vocal performance.

In the current study, the experts set out to see how birds may have adapted their songs with a drop in traffic and noise levels during the statewide COVID-19 shelter-in-place order. They compared birdsong data from April to June 2015 to recordings made at the same sites from April to May 2020.

The scientists discovered that sparrows in the most recent group showed reductions in vocal minimum frequencies that led to higher quality vocal performance.

The study authors noted that these changes were much more notable for birds in urban areas, which likely gave these birds much greater capacity to compete for breeding territories.

According to the researchers, the results reveal how quickly birds can adapt to changing environments and suggest that lasting remediation might lead to other promising outcomes, including higher species diversity.