The birds who lead the flock are the strongest flyers • Earth.com 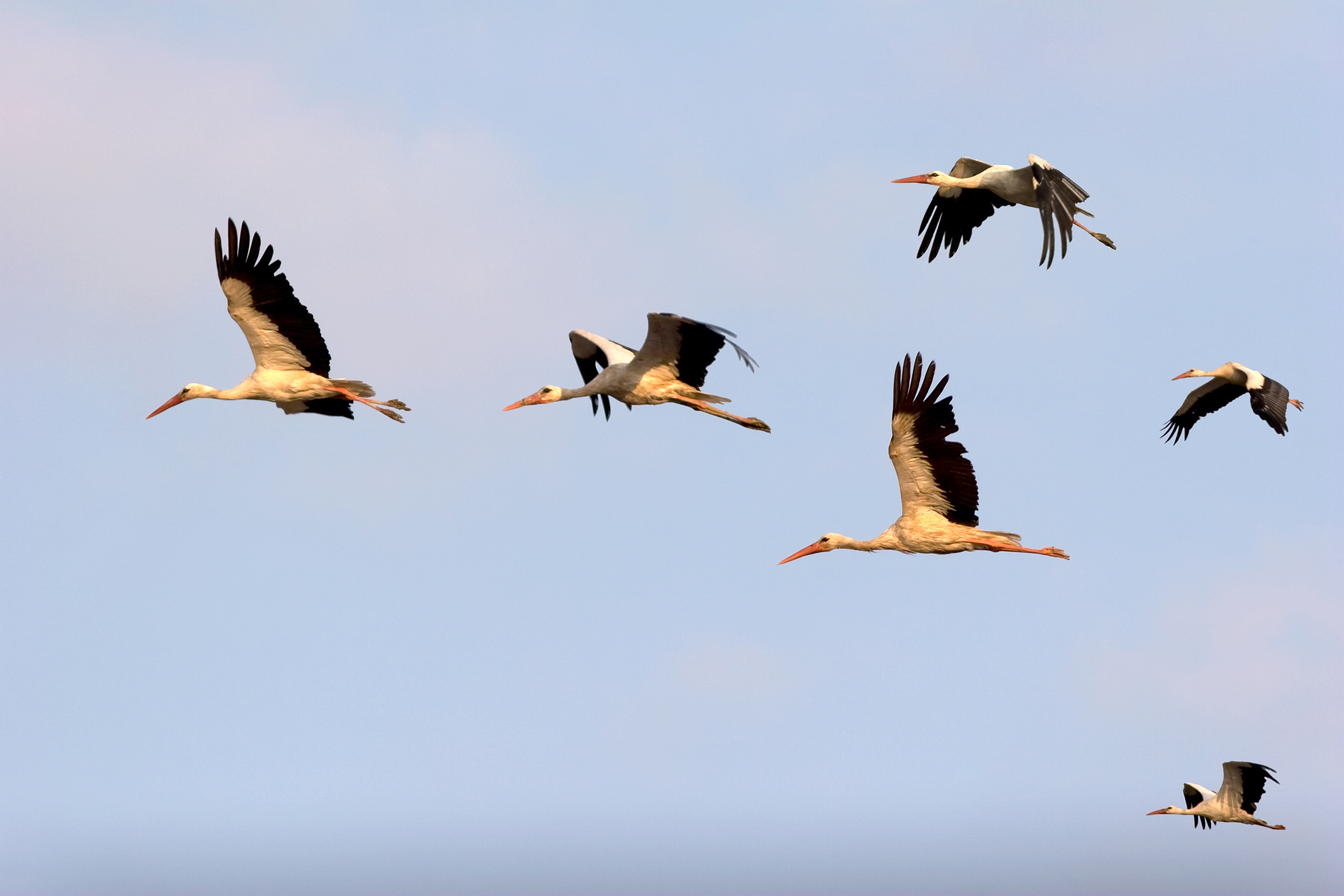 The birds who lead the flock are the strongest flyers

A new study has found that the storks at the head of the flock are most often the stronger, more efficient flyers.

Storks are known for their long migrations and for using thermal winds, a kind of wind shear, to help sustain their long treks.

Stork migration and the patterns of individual birds within a flock were not well understood, due in part to the difficulty of tracking several birds in the same flock at once.

Researchers were unsure, for example, if storks worked together to exploit thermal winds or if it was every stork for himself.

Now, a new study conducted by researchers from the Max Planck Institute for Ornithology reveals that individual storks are able to exploit thermal winds because of their own flight prowess.

The research was published in the journal Science and the results provide insight into the flight patterns of white storks during migration.

The researchers attached high-resolution tracking devices to 27 juvenile white storks. Once the storks were tagged, the researchers monitored the birds during the first five days of migration. As part of a flock, the birds traveled nearly 1,000 kilometers.

During this time, the researchers focused on the way the birds exploited thermal winds and found that individual birds have very different flight tactics, and better flyers are able to efficiently manipulate thermal winds while less capable flyers take up the rear.

Neither sex nor size seemed to play any role in how the birds traveled and instead, as the results showed that it all came down to initial flight performance.

The leaders were better at exploiting thermal winds and flapped less, while the birds who weren’t in the lead flapped more and used up more energy.

Not only did follower birds spend less time riding thermal winds, but they also didn’t seek out thermal winds on their own.

The results provide a better understanding of how migratory birds travel and sheds insight into the costs and benefits of collective movement in natural populations.