Birds got their shiny feathers after they began hiding in trees • Earth.com 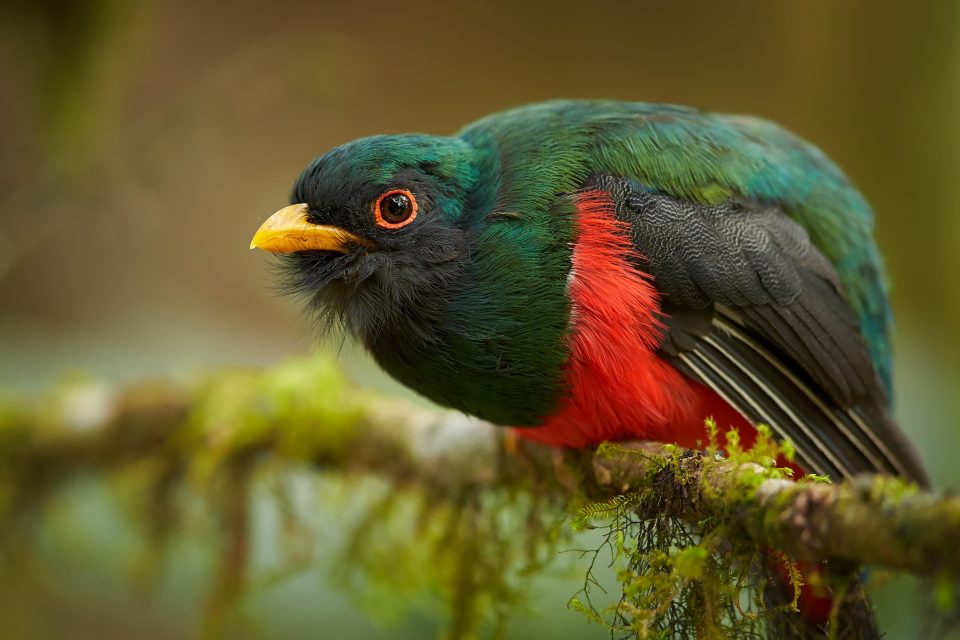 Birds got their shiny feathers after they began hiding in trees

The results of a new study suggest that birds first evolved iridescent feathers around 150 million years ago after they began using trees as a way to keep safe from predators. The researchers believe that this refuge provided the birds with an opportunity to focus on mating, and the shiny feathers attracted the mates.

Some of the most striking displays in the animal kingdom can be attributed to iridescence, which allows an animal or an object to appear differently from various angles. To investigate how iridescence may have emerged in birds, experts from the University of Bristol examined the feathers from 97 modern bird species.

The team used scanning electron microscopy to quantify melanosome extracts from the bird feathers. Melanosomes are animal cell structures that are responsible for color, protection from sunlight, and for storing and moving the light-absorbing pigment melanin.

The analysis revealed that dinosaurs began growing shiny feathers around 150 million years ago. According to the researchers, this research may be used to determine what the feathers of avian ancestors would have looked like.

Study co-author Dr. Jakob Vinther is a leading researcher in the field of Paleo Colour at Bristol’s School of Biological Sciences. “Many birds have iridescence – such as the hummingbird or magpie – and we have been studying how iridescence is created,” Dr. Vinther told MailOnline.

“There is a massive expansion of melanosome shapes that make all these remarkable colours. I think it probably evolved because dinosaurs started to go up into the trees, which made them more safe from predators.”

Dr. Vinther explained that the birds on the ground would have had typical brown feathers.

“The more exposed you are the more vulnerable you are. The first dinosaurs couldn’t fly so they would have had a bad chance of survival if their feathers were iridescent,” said Dr. Vinther.

“There has been an expansion to become more colourful up until today. Perhaps 100,000 years or one million years from now birds will have even more beautiful feathers.”
—
By Chrissy Sexton, Earth.com Staff Writer