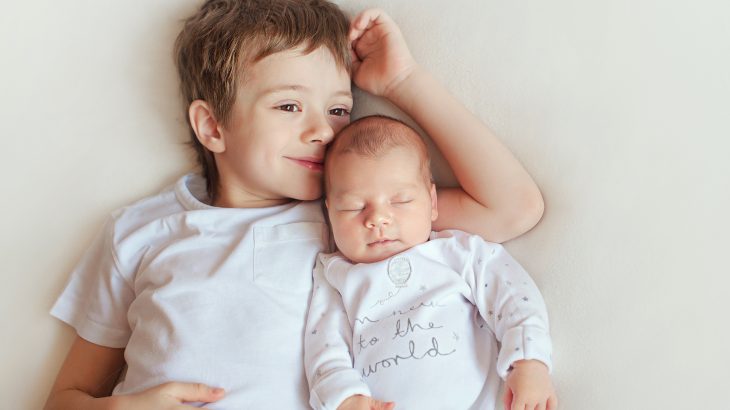 While birth order among families is believed to have a profound effect on the intelligence and personality traits of siblings, experts do not fully understand the psychological and biological evolution that is involved.

According to a recent report in New Scientist, birth order is now thought to have a significant influence on mental and physical health as well, which makes it more important than ever to scientifically explain how the order of our birth shapes us.

In 1995, Frank Sulloway of UC Berkeley proposed the “family niche” theory for birth order effects. This theory suggests that personalities are not directly shaped by birth order, but are molded by family dynamics.

Solloway explained that the family is not necessarily a shared environment, but actually a set of different roles taken on by siblings which provide them with their own unique experiences and outlooks.

He concluded that older children tend to identify more with their parents, while younger children do not have a need to fill that particular niche and are often more rebellious against authority. As a result, older children become more conscientious and socially dominant compared to their younger siblings.

In 2015, a team of researchers led by Julia Rohrer at the University of Leipzig analyzed data from 20,000 children across the UK, the United States, and Germany. The results indicated that birth order had no impact on personality, but may slightly increase the IQ of older siblings.

After continuing his own investigation for the last 18 years based on nearly half a million participants in six countries, Solloway found evidence to support a slight increase in intelligence among firstborns. His massive dataset also produced evidence that birth order does, in fact, have identifiable effects on personality.

The long-term analysis revealed that older children are more likely to have an assertive personality and high self-esteem, but are also more moody and tense. Younger children tend to be more extroverted, but also self-conscious. Solloway found that middle children are the least assertive and the most agreeable and cooperative. Finally, the study showed that an only child will most likely be neurotic, yet with high self-esteem.

“People use birth order to rationalize why they are different from their siblings. They magnify its influence but it’s important to know that some of that influence is real,” said Solloway.

According to the report in New Scientist, birth order may influence health due to early exposure to certain hormones or microbes. It is possible, for example, that some cancers are less common among younger siblings simply because there are greater oestrogen levels in the umbilical cord during the earlier pregnancies. Therefore, firstborns may have a higher risk of cancer later in life due to the presence of more oestrogen in the uterus.

In a phenomenon called fetal microchimerism, fetal cells can persist in the mother’s blood for decades after they give birth, which means younger children have some cells that are shared with their older siblings as well as their mothers. Lee Nelson at the Fred Hutchinson Cancer Research Center in Seattle told New Scientist that “there are more positive reasons for microchimerism than negative.” When the biological effects of birth order are better understood, therapies could be developed to target inherited cells that cause harm.