Blue whales are singing a different song, and scientists wonder why • Earth.com 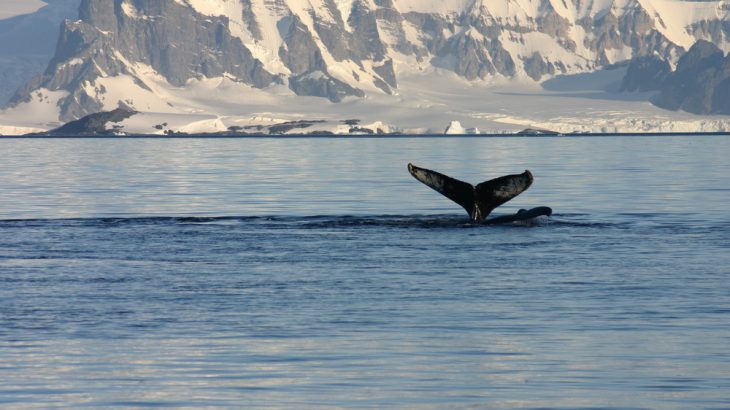 Blue whales are singing a different song, and scientists wonder why

Blue whales have been changing their singing habits for years, and cracking sea ice may be behind it, a new study found.

Researchers studying whalesong found that male blue whales – females don’t sing – have been dropping their pitch little by little for decades. They’re not alone. Fin whales and Madagascar pygmy blue whales have also been lowering the pitch of their song, the scientists discovered.

They suspect that the whales are singing less loudly, and the pitch drop is a consequence.

“We think it is something non-voluntary from the whale. Decrease the call intensity and it will decrease the call frequency, just because of the sound emission mechanism,” lead Dr. Emmanuelle Leroy told Science Daily.

The team discovered that blue whales’ pitch changes by season, getting higher during the summer months when sea ice is melting and cracking. But their pitch on average has been getting lower year over year, they said.

They were able to rule out noise pollution as the cause – unlike other oceans, human activity has dropped in the southern Indian Ocean – but did spot the correlation with ice breaking. There could be other explanations as well, the scientists noted. Whale populations have grown in the Indian Ocean in recent years, so they may simply not need to sing so loudly to be heard.

Blue whales and fin whales are some of the loudest and largest ocean mammals. Their songs can travel more than 1,000 miles, allowing them to communicate with one another over vast distances.

“The noise is related to the increasing number of free icebergs in summer. When the ice sometimes cracks, like when you put ice in your drink, it makes noise. This noise is really strong and will propagate over really long distances, so we can hear this noise at our northernmost site, up to 26 degrees south,” said Leroy, a researcher at the University of New South Wales in Australia.

The team analyzed more than one million recordings of whale songs from the three species, collected over five years in the southern Indian Ocean.

The study has been published in the journal Journal of Geophysical Research: Oceans.