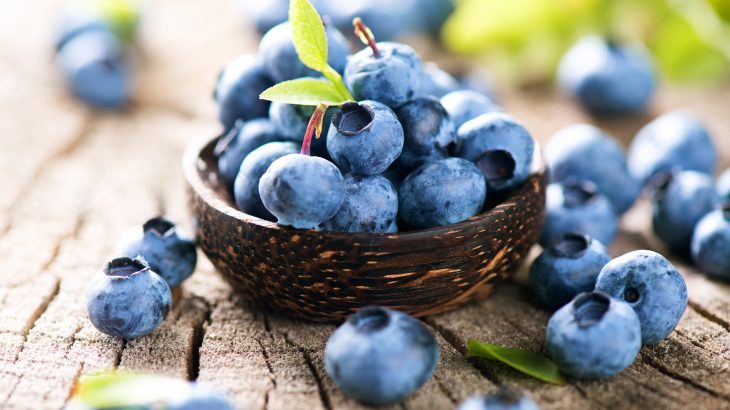 Low in calories and high in nutrients, blueberries are tied to a number of powerful effects including protection against aging and cancer prevention. A collection of research published by the Gerontological Society of America is now placing new emphasis on the health benefits that can be achieved simply by adding blueberries to your diet.

In an opening editorial, Dr. Donald K. Ingram explained that studies focused on the health effects of blueberries have grown “exponentially” since the 1990s.

“Studies have documented that this fruit ranks highest in antioxidant activity compared to many other popular fruits. Moreover, other mechanisms for the health benefits of blueberries, such as their anti-inflammatory properties, have been identified,” noted Dr. Ingram.

Among the four articles collected, one study found that consuming about a cup of blueberries a day can improve blood vessel function and decrease systolic blood pressure. The researchers found that these remarkable results can be attributed to anthocyanins, which are phytochemicals that give blueberries their dark color.

Other studies highlighted the cognitive benefits of eating blueberries. For example, the fruit’s high polyphenol count has been linked to improved performance on memory tests among older adults.

For one investigation, researchers used a rodent model to demonstrate the cognitive influence of blueberry consumption among aging rats. The trial revealed that the animals who regularly ate blueberries had significantly improved memory performance compared to rats who were fed a diet that was not supplemented.

In another article, the researchers reviewed several clinical tests that focused on the potential advantages of blueberry supplementation. The team identified specific memory gains in children as well as older adults with mild cognitive impairment.

The studies are published in The Journals of Gerontology, Series A: Biological Sciences and Medical Sciences.