Blueberries turn out better when grown alongside grass • Earth.com 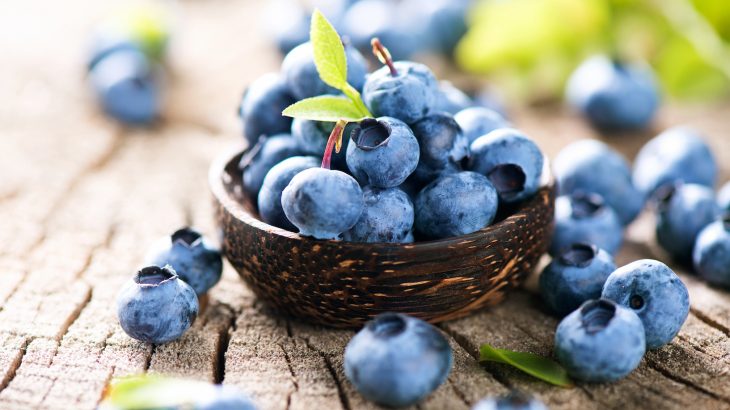 Blueberries turn out better when grown alongside grass

Blueberries are prone to iron deficiency, but the right type of fertilizer can make all the difference. A new study suggests that surrounding blueberry plants with grass helps them absorb more iron and increases their antioxidant content.

The researchers pointed out that while soils are rich in iron, most of it is insoluble. Study senior study author Dr. José Covarrubias is an assistant professor of Agriculture Sciences at the University of Chile.

“Most plants get enough iron by secreting chemicals that make it more soluble. These iron ‘chelators’ can be released directly from the roots, or from microbes that grow among them, and allow the iron to be absorbed,” explained Dr. Covarrubias. “Blueberries, however, lack these adaptations because they evolved in uncommonly wet, acid conditions which dissolve the iron for them.”

“Iron is essential for the formation and function of plant molecules like chlorophyll that allow them to use energy. That’s why iron deficiency shows up as yellowing leaves – and drastically reduces plant growth and yield.” 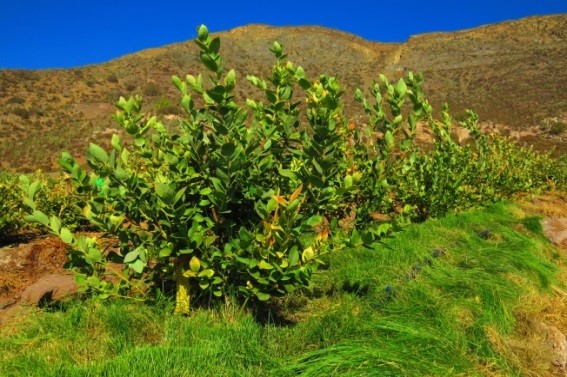 “The commonest industrial approach is soil acidification using sulfur, which is gradually converted by soil bacteria into sulfuric acid. The effects are slow and difficult to adjust – and in waterlogged soils, hydrogen sulfide might accumulate and inhibit root growth.”

“Acids can also be added directly via irrigation systems for more rapid acidification – but these are hazardous to farmers, kill beneficial soil microbes, and generate carbon dioxide emissions.”

“A commoner strategy among growers is application of iron bound to synthetic chelators – often sold as ‘ericaceous fertilizer’ – but these are very expensive and leach potentially toxic chemicals into the water table.”

“Grasses – which are well-adapted to poor soils – can provide a sustainable, natural source of iron chelators via their roots when grown alongside fruiting plants. Intercropping with grass species has been shown to improve plant growth and fruit yield in olives, grapes, citrus varieties – and most recently, in blueberries.”

The research team measured the effects of five different iron chelation treatments on an orchard of “Emerald” blueberry bushes. They compared the use of a “gold-standard” synthetic iron chelator, intercropping with common meadow or red fescue grass, cow’s blood, or no treatment as a control.

“We found the association with grasses increased not only the total weight and number of blueberries per plant, but also the concentration of anthocyanins and other antioxidant compounds in their skins, compared to control. The effect sizes were comparable with the proven synthetic chelator Fe-EDDHA, whereas applications of Fe-heme from cow’s blood – a fertilizer commonly used in home gardens – had no significant effect.”

Dr. Covarrubias concluded: “Our findings validate intercropping with grasses as a simple, effective, sustainable alternative to standard iron correction strategies in blueberries. Both commercial and private growers can put this strategy to use right away to boost their blueberry crop and antioxidant content.”