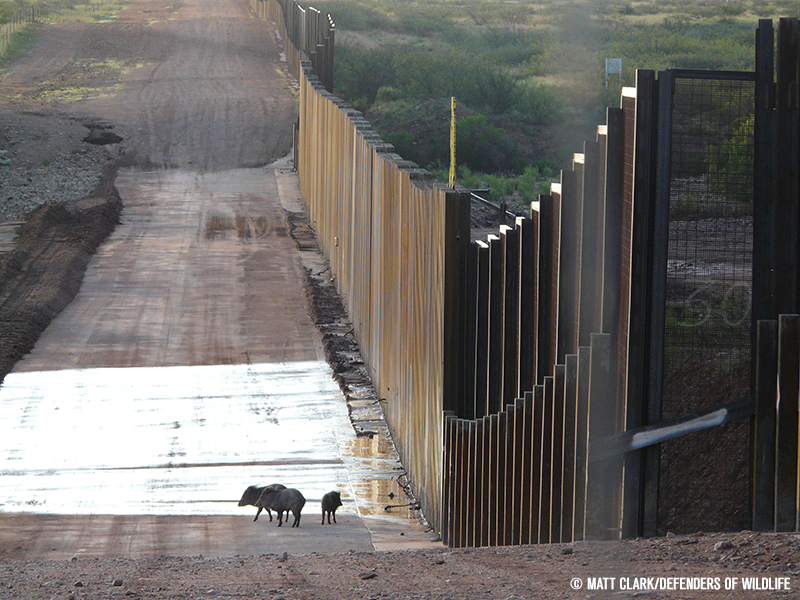 One of President Donald Trump’s biggest campaign promises was to tighten border security and build a wall along the United States and Mexico border. But many experts have weighed in on the costly ramifications of such an endeavor from an economic standpoint, with estimates that it will cost upwards of 21.6 billion dollars to build, according to a U.S. Department of Homeland Security document reported by Reuters.

However, with all the media attention the wall has garnered, little has been paid to the environmental impacts of a continuous border wall.

A new paper published in the journal BioScience describes the threats that the wall would pose to biodiversity and the harm it could do to the many species that call area along the border home.

The paper was co-authored by 16 experts from the U.S and Mexico and has been so far endorsed by more than 2,500 members of the scientific community from 43 countries.

According to the report, a border wall would fragment the geographic ranges of many species like the Mexican gray wolf, Sonoran pronghorn, and Peninsular bighorn sheep.

“Some of the affected animals are charismatic as well as threatened,” said William Ripple, a co-author from Oregon State University. “A continuous wall would disconnect any jaguars and ocelots in the U.S. from their major range in Mexico. And it’s not just solid walls that are the issue; certain types of fencing can be a complete barrier to individual wildlife species. All of that should be considered.”

There is also the possibility that wall construction won’t adhere to environmental laws and prevent access to important resources for animals.

“Many species, such as bighorn sheep, are composed of populations of relatively few individuals per unit area and have large home ranges – hundreds of square miles in the bighorn’s case,” said Rodolfo Dirzo, a Stanford biologist and co-author of the paper. “Barriers will impede the bighorn sheep’s migrations and movements to track habitats that shift due to a changing climate.”

The border is home to a rich and vibrant ecosystem with bisecting habitats and regions. Any changes in the name of security could threaten the biodiversity of the area and the 62 critically endangered species that live there.

The researchers urge a call to action urging Congress to order that security measures do not disregard federal environmental laws.

“The border extends about 3,200 kilometers and bisects many important habitat types from desert to forest to scrublands to mountain ranges,” said Ripple. “These are important wildlife habitats, high in biological diversity, that span both sides of the border. I hope national leaders will listen to our conservation message.”