How did Bornean elephants originally get onto the island? • Earth.com 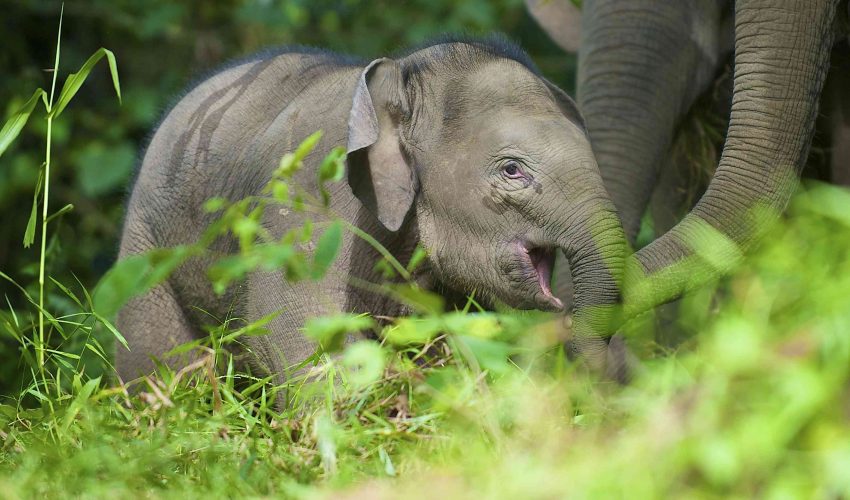 How did Bornean elephants originally get onto the island?

Borneo is the third largest island in the world, located in the southwestern part of the Pacific Ocean. Due to its location, scientists have long wondered how the island got its own species of elephant.

Bornean elephants are a subspecies of Asian elephants that can only be found in a small part of the island.

The origin story of these elephants has long been a mystery, especially since no fossil evidence has ever allowed the puzzle to be pieced together.

Some have speculated that the elephants were brought to the Borneo by humans, some even presented as gifts from neighboring sultans.

Another theory suggests that based on the genetic differences between Bornean elephants and Asian elephants, Borneo’s elephants have been on the island for 300,000 years.

The study, published in the journal Scientific Reports, concludes that Bornean elephants migrated from Southeast Asia via a land bridge that connected the Sunda Islands to Borneo thousands of years ago.

The researchers used genetic analysis of Bornean elephants on the island today and created computer models to compare the data with different scenarios of how the elephant might have made it Borneo.

The models allowed the researchers study the demographic history of the Borneo’s elephants, which is not easy to do especially without any fossil records.

The results of the computational models showed that elephants likely migrated to Borneo via land bridge.

“Our results suggest that the most likely scenario to have occurred is a natural colonization of Borneo around 11,400 to 18,300 years ago,” said Reeta Sharma, researcher at the IGC and first co-author of the paper. “This period corresponds to a time when the sea levels were very low, and elephants could migrate between the Sunda Islands, a Southeastern Asia archipelago to which Borneo belongs.”

The researchers say that they can’t conclusively prove that the elephants diverged from Asian elephants around the time of the last bridge, but they do note that human introduction is far less likely.

Bornean elephants are dwindling in numbers due to habitat degradation and poachers. The researchers hope this study will highlight the importance of protecting the rare elephants that remain on the island.