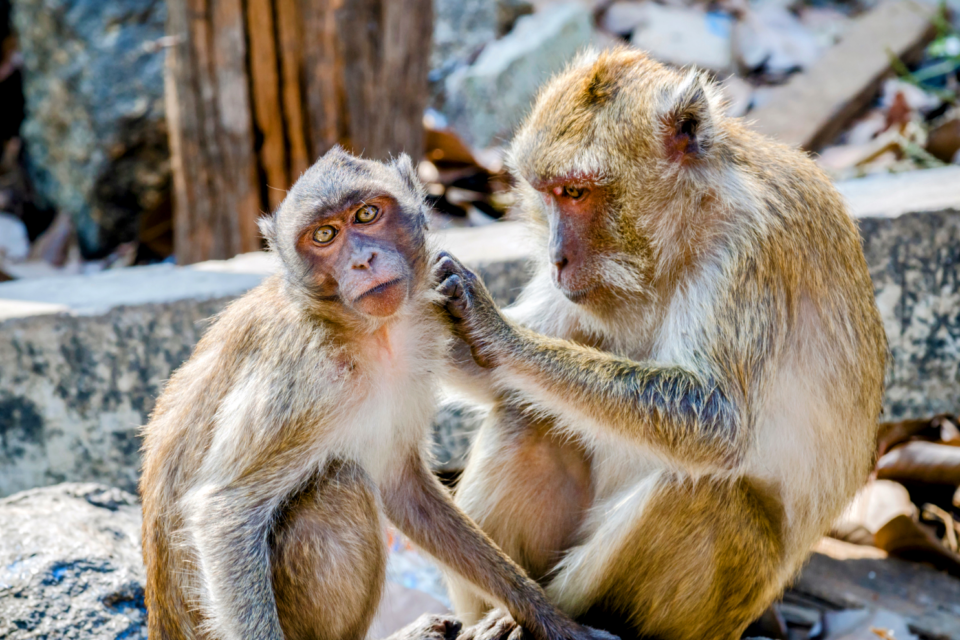 Brain structure of rhesus macaques is shaped by social interactions

A new study led by the University of Pennsylvania (UPenn) in the US, and the Stem Cell and Brain Research Institute at Inserm in France has examined the connection between social interactions and brain structure in rhesus macaque monkeys. The experts discovered that the number of grooming partners an individual animal had predicted the size of brain areas responsible for empathy and social decision-making, such as the mid–superior temporal sulcus (STS) and the ventral-dysgranular insula.

The scientists recorded the detailed interactions of a social group of 68 rhesus macaques on Cayo Santiago, an island off the coast of Puerto Rico, focusing on five factors: social status, number of grooming partners, physical distance with other monkeys, connectedness to the most popular monkeys in the group, and “betweenness,” or the ability to act as a bridge between largely disconnected areas of a social network. Moreover, the research team also performed brain scans for every monkey in the group, including 35 juveniles and infants.

The brain scans revealed that the more grooming partners monkeys had, the larger their mid-STS and ventral-dysgranular insula were. Other factors, such as social status, did not seem to influence these brain structures. “For the first time, we’re able to relate the complexity of social lives of a group of living primates with brain structure,” said study lead author Camille Testard, a doctoral student in Neuroscience and Primatology at UPenn.

“It was very interesting to find these regions, as their importance is known for social cognition in humans,” added study co-author Jérôme Sallet, a neurobiologist at Inserm. “We also identified the mid-STS region in another study showing that activity in this region is modulated by the predictability of others’ behaviors.”

Interestingly, the study results suggest that infants are not born with these differences in brain structure, but rather form them through the patterns of social interactions that they engage in.

“There’s something about the skills it takes to make and maintain a lot of friendships that you get from parents. You’d think it would be written into your brain when you’re born, but it seems more likely to emerge from the patterns and interactions that you have. The modulation [in brain structures] we observe is strongly driven by our social environments, maybe more than by our innate predisposition,” explained study senior author Michael Platt, a professor of Neuroscience at UPenn.

According to Professor Platt and his team, although these findings relate specifically to free-ranging rhesus macaques, they may have future applications to the study of human cognition and behavior, particularly in the understanding of neurodevelopmental disorders such as autism.