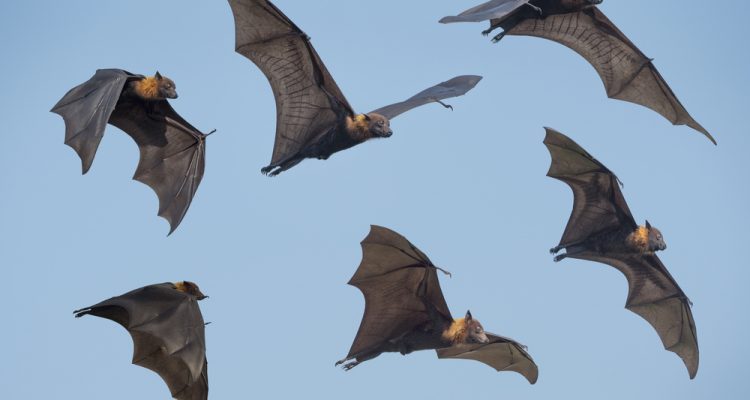 The Brazilian free-tailed bat is the fastest flyer of all aviators.

There is a brand-new world-record holder for fastest speed of horizontal flight in the animal kingdom: the noble title previously had been held by the common swift, which flies up to 100 kilometers per hour. But scientists at the Max Planck Institute for Ornithology in Radolfzell have learned that the Brazilian free-tailed bat can fly up to 160 kilometers per hour, due in large part to an especially aerodynamic body shape and long wings.

Honorable mention goes to peregrine falcon, reaching up to 300 kph while diving. Comparatively, modern aircrafts have to reach 300 kilometers per hour in order to take off.

Bats are typically considered to be slower flyers because of their less efficient wing structure; animals with wider wings generate greater wind resistance than those with long, narrow wings. Against all odds, the Brazilian free-tailed bat still finished first.

Kamran Safi from the Max Planck Institute for Ornithology noted, “Initially, we could hardly believe our data, but they were correct: at times, the female bats, which weigh between 11 and 12 grams, flew at speeds of over 160 kilometres per hour – a new record for horizontal flight.”

The speeds were recorded through a radio transmitter attached to the back of the bat that falls off after two days. Added Dina Dechman of the Planck Institute, “It was not easy for the pilot to follow the fast-flying animals so that we could localize them accurately and measure their flight path continuously.”