Bumblebees have declined by as much as 85 percent in the UK • Earth.com 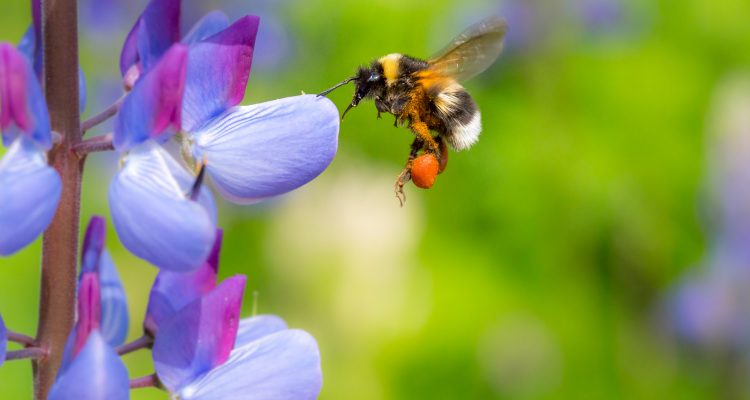 Mild winters and bad summers in the UK have led to the dramatic decline of bumblebees by as much as 85 percent in some areas. This climate change has persisted for almost a decade, according to the 10th annual wildlife report from the National Trust.

2016 has proven to be a good year for livestock farmers with a rise in grass growth. It has been a bad year for insects, however, as the number of bumblebees and butterflies have plummeted.

According to the trust, another year of “unsettled weather” is to blame for the disappearance of the insects.

“2016 comes on top of an unsettled decade, with many species struggling in the face of climate change and more intensive farming practices,” said nature and wildlife specialist for the Trust, Matthew Oates.

“During the brightest months, we do seem to be getting more extreme weather events, most of which aren’t nice,” Oates continued.

The number of bumblebees has fallen by 85 percent from the previous year at Lytes Cary in Somerset, as the wildflowers that attract the bees were outgrown by grass.

The rise in grass growth brought good hay and silage harvests for tenant farmers on Trust sites, while rare birds in Cornwall and Devon called cirl buntings saw a huge rise in numbers.

Marsh fritillary butterflies are also on the rise, with larvae numbers up 560% in 10 years in the Lake District’s Ennerdale Valley.

On the north Norfolk coast, the grey seal population went from 100 pups being born in 2004 to 2,342 born by January of this year.

There was also a larger apple crop, especially in the Southwest, due to an extended growing season. This also led to ideal conditions for damsons, acorns and hazelnuts to thrive.

Oates said the effect this decade-long weather trend has on wildlife creates a need for conservationists and farmers to work together when it comes to managing the land.