Bumblebees increasingly stressed over the past century • Earth.com 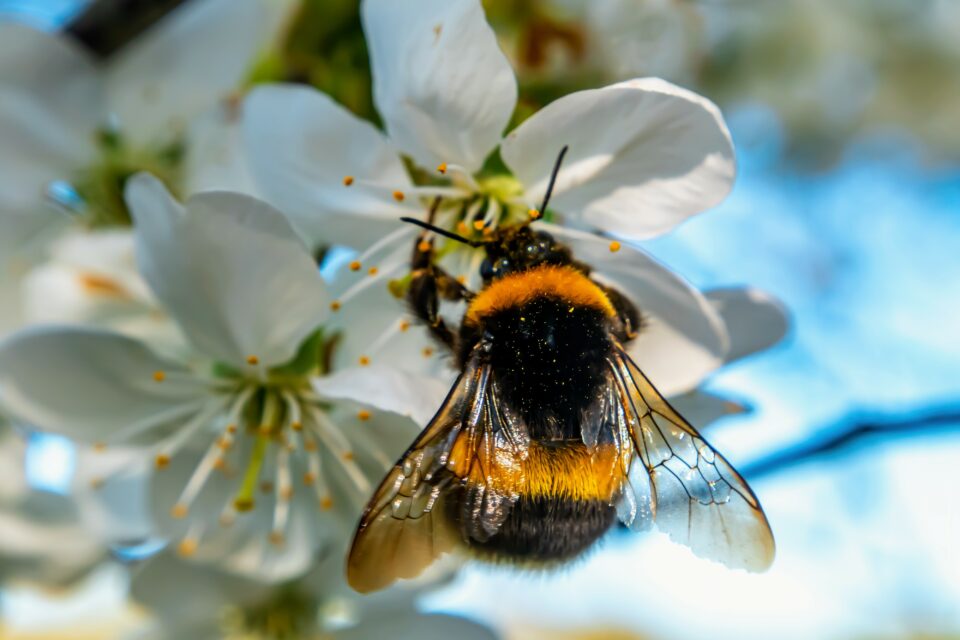 In recent years, bumblebees and other important insect pollinators have faced significant population declines. By analyzing a wide range of museum collections, two new studies led by the Imperial College London and the Natural History Museum have examined how climate change has affected bumblebees over more than a century.

An analysis of bumblebee wings showed signs of stress associated with increasingly hotter and wetter conditions, while a genomic sequencing study of over one hundred bumblebee museum specimens dating back more than 130 years ago has highlighted how environmental stress may lead to genetic diversity loss in these insects.

The first study – published in the Journal of Animal Ecology – has investigated the morphology of bee specimens dating back to 1900. By using digital image, the experts examined the asymmetry in bumblebee wings as an indicator of climatic stress which affected their normal growth. An analysis of four UK bumblebee species has revealed increased markers of stress (higher wing asymmetry) as the 20th century progressed from its lowest point around 1925.

Further investigations showed that all the species displayed a consistently higher proxy of stress in the second half of the century. Moreover, the researchers found that, in hotter and wetter years, bees showed higher wing asymmetry.

“With hotter and wetter conditions predicted to place bumblebees under higher stress, the fact that these conditions will become more frequent under climate change means bumblebees may be in for a rough time over the 21st century,” said study senior author Richard Gill, an expert in the impact of environmental stress on insect populations at the Imperial College London.

In a second parallel study, published in the journal Methods in Ecology and Evolution, scientists sequenced the genomes of over a hundred bumblebee museum specimens, and found evidence of a relatively consistent rate of DNA degradation – a feature confirming the major role of environmental stress in the loss of bumblebees’ genetic diversity over the past 130 years.

“These studies showcase the value of leveraging museums specimens to go back in time and unlock the past’s secrets. But what we have done is just the beginning, and by continuing our work with these vital public collections and collaborating with curators we can only discover more,” Dr. Gill concluded.