How butterflies get their wing colors • Earth.com 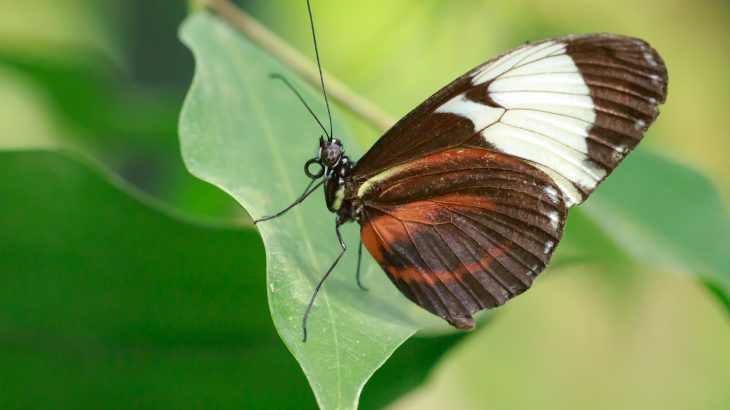 How butterflies get their wing colors

The vibrant colors of butterfly wings serve many purposes. They can attract a mate, act as camouflage, or communicate different warnings signals.

But Heliconius butterflies, a group of colorful species native to Central and South America, use their coloring as a disguise. The distinct yellow or white markings of Heliconius cydno stand out against their muted, black wings.

Researchers from the University of Chicago examined Heliconius cydno butterflies in a new study and discovered that one gene is responsible for these yellow or white markings.

The researchers then used CRISPR gene editing technology to turn the gene off and change of the coloring of some H. Cyndo butterflies. 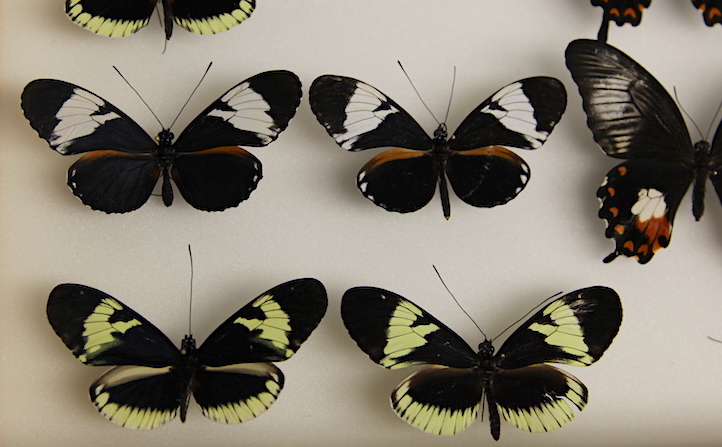 First, the researchers developed a genetic map and sequenced the genome of yellow and white H. cydno butterflies.

A gene called aristaless1 (al1) was discovered to be the switch that determined if a butterfly would have white or yellow markings, and the researchers found that if the switch was turned on, the butterfly markings were white.

“For decades people have been cross-breeding these butterflies, and they knew that this white vs. yellow switch was in one spot in the genome. They just weren’t able to trace it to the actions of a single gene,” said Marcus Kronforst, the senior author of the study. “Now with CRISPR we can knock the gene out and see what happens. It turns out the evolutionary innovation here is not one species gaining a pigment, but instead turning on a gene to repress an ancestrally present pigment.”

The same gene that determines wing color for H. cydno may also play a role in mating preference, because butterflies with the same color markings prefer to mate with each other.

Future research investigating why the butterflies have this mating preference could yield important evolutionary insights about species diversity within Heliconius butterflies.

“Whether it was natural selection driving it or it was just chance that these two things are linked, that might be part of the reason why we have such a diverse group of butterflies,” said Kronforst. “When the color and preference for the color are linked together, it causes these things to evolve together very rapidly.”