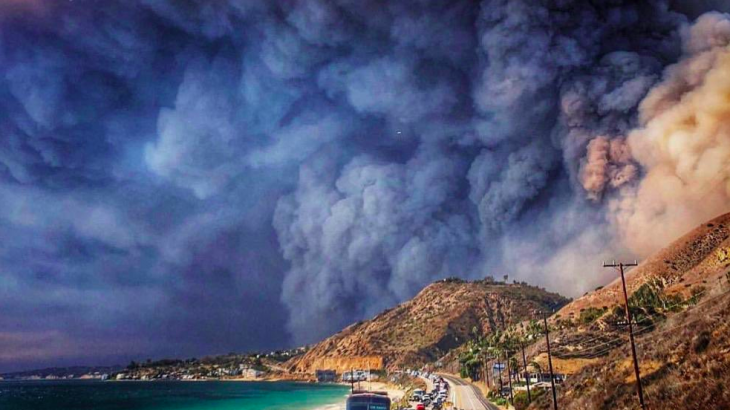 A fire that erupted 90 miles north of Sacramento on Thursday and consumed 70,000 acres of land by 10 a.m. the following morning has now exploded into the most destructive fire in the history of the state. Strong winds had carried the fire to the south and southwest overnight, and it quickly tripled in size.

By Friday, over 6,700 structures had been destroyed, nine people had lost their lives, and 35 people were missing. The Camp Fire, which almost completely wiped out the small town of Paradise, is just one of three major wildfires that are currently burning across the state of California.

The fast-moving wildfires have prompted thousands of residents to leave their homes, and some people were even forced to run on foot to escape the devastation in Paradise, where 80 to 90 percent of homes were destroyed.

The Butte County Sheriff’s Office revealed that four people were found dead in vehicles that had been overwhelmed by flames, and another body was discovered near the vehicles.

According to CNN, Paradise Mayor Jody Jones said: “There’s really not much left. There are very few homes still standing and we’ve been in multiple different neighborhoods this afternoon.”

Meanwhile, in Southern California, the Woolsey Fire and the Hill Fire are being fueled by howling Santa Ana winds and evacuations have been ordered for thousands of people, including residents of Malibu.

In a matter of hours, the Woolsey Fire exploded from 2,000 to 8,000 acres in Los Angeles and Ventura counties, where at least 75,000 homes have been evacuated.