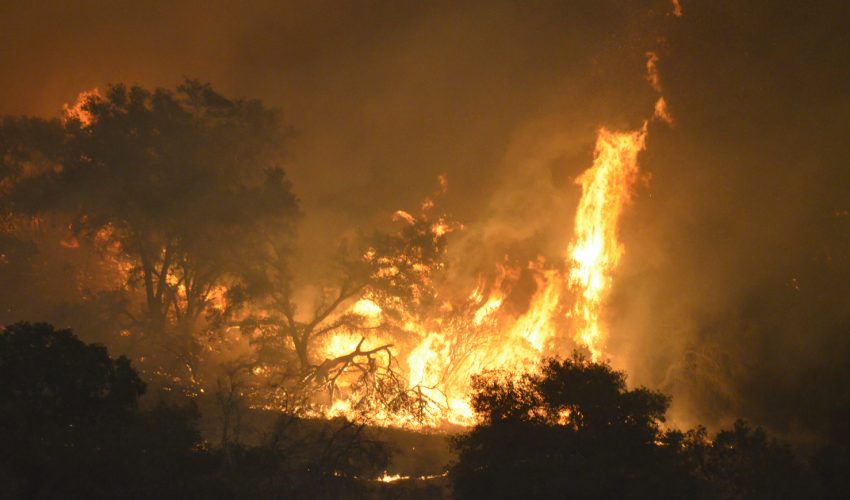 A team of experts has conducted the first comprehensive review of research on summer weather stalling. The researchers have found growing evidence to support the idea that human activities are disturbing air circulation patterns and triggering the stalling effect.

When summer weather conditions stall, they can turn into extreme events such as wildfires, droughts, and intense rainfall. The study was focused on the influence of the disproportionally strong warming of the Arctic that is caused by harmful greenhouse gas emissions.

The researchers determined that burning fossil fuels is likely changing air circulation patterns, which are affecting local and regional weather patterns. The human influence on the weather can turn catastrophic, and a study conducted by a second research team has demonstrated this influence on the devastating 2016 wildfire in Canada near Alberta.

Hans Joachim Schellnhuber is a co-author of the second study and the director of the Potsdam Institute for Climate Impact Research (PIK).

“Giant airstreams encircle our globe in the upper troposphere – we call them planetary waves,” said Schellnhuber. “Now evidence is mounting that humanity is messing with these enormous winds. Fueled by human-made greenhouse-gas emissions, global warming is probably distorting the natural patterns.”

The waves usually travel eastward between the Equator and the North Pole.

“Yet when they get trapped due to a subtle resonance mechanism, they slow down so the weather in a given region gets stuck. Rains can grow into floods, sunny days into heat waves, and tinder-dry conditions into wildfires,” said Schellnhuber.

“While it might not sound so bad to have more prolonged sunny episodes in summer, this is in fact a major climate risk,” said Coumou. “We have rising temperatures due to human-caused global warming which intensifies heat waves and heavy rainfall, and on top of that we could get dynamical changes that make weather extremes even stronger – this is quite worrying.”

This summer is a perfect example of how stalling weather can impact societies, as hot and dry weather conditions persist across Western Europe, Russia, and parts of the United States.

Simon Wang from Utah State University is a co-author of the review paper.

“There are many studies now, and they point to a number of factors that could contribute to increased airstream stalling in the mid-latitudes – besides Arctic warming, there’s also the possibility of climate-change-induced shifting of the storm tracks, as well as changes in the tropical monsoons,” said Wang.

“Under global warming, the Indian summer monsoon rainfall will likely intensify and this will also influence the global airstreams and might ultimately contribute to more stalling weather patterns. All of these mechanisms do not work in isolation but interact.”

“There is strong evidence that winds associated with summer weather systems are weakening and this can interact with so-called amplified quasi-stationary waves. These combined effects point towards more persistent weather patterns, and hence more extreme weather.”