California mountain lions are in trouble - but we can help • Earth.com 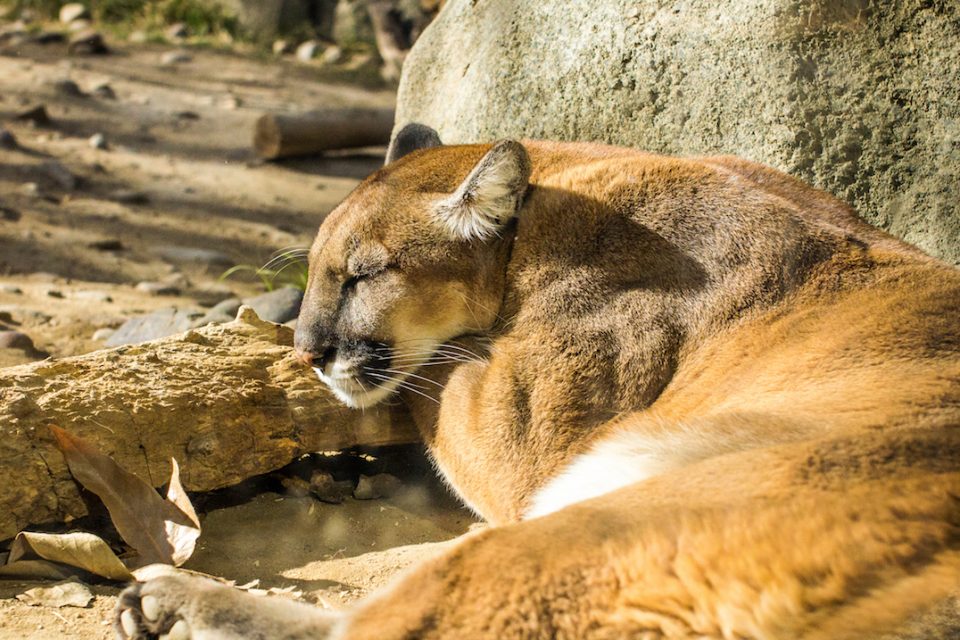 California mountain lions are in trouble - but we can help

Mountain lions (Puma concolor) have a certain mystique to them.  If you’ve hiked much in the western United States, chances are that you’ve walked through mountain lion territory.  For many wildlife enthusiasts, glimpsing a mountain lion in the wild is a once in a lifetime experience to be remembered forever.  Even if you never see one of the elusive creatures, their shadow lays heavy across the western landscape of North America and some parts of the east.

Mountain lions aren’t just an animal of North America but one of the most widespread and adaptable of cats.  I’ve found a mountain lion track carefully set into the mud of a trail through a cloud forest in Ecuador.  I’ve seen mountain lion tracks in snow in South Dakota and the remains of deer probably killed by a mountain lion in Colorado.  According to Defenders of Wildlife, mountain lions range from southern Canada to Argentina in far southern South America.  Small populations of mountain lions live east of the Mississippi, including the isolated and endangered Florida Panther.

Individual mountain lions have large ranges, from 10 square miles to 370 square miles, with males tending to roam farther than females.  One mountain lion that was hit and killed in a car accident on a Connecticut highway was originally from the Black Hills of South Dakota, CNN reported.  The trip was roughly 1,500 miles, an unusual distance for any land animal to travel but it possibly gives some insight into how the cats became so widely distributed to begin with.

Despite the mountain lion’s ability to thrive across a broad range of habitats, they often come into conflict with humans, sometimes because of their ability to wander such great distances.  Human conflict with the lions and widespread hunting of the big cats is what lead to the current distribution of mountain lions. The small population in Florida survived like a small island while the rest of the eastern lions were killed off by encroaching European American populations.  Now, only in the west is there a reasonably healthy population of mountain lions in the US.  But it seems as if that might be changing.

Roadways, such as the one the mountain lion that travelled 1500 miles on foot died on, are major problems for mountain lions.  Being hit by a car is an all too common cause of death for mountain lions, especially those living in areas with high human populations.  In California, there are small populations of lions separated by roads, shopping malls and other human obstacles. Essentially, the cats live on generic islands, where few new genes wash ashore to stave off inbreeding.

Popular Science reports that in 2011, a new male mountain lion arrived on the scene in the Santa Ana Mountains of Southern California.  The new cat was the first to arrive for a while, and he successfully bred, fathering at least 11 kittens in an area with a population of around 20 mountain lions.  The new genes were important in keeping the cats from being inbred. Then, the radio collar that was used to track the new male’s movement stopped working. The mountain lion was eventually found partially decomposed along the side of the road.  It’s probable that the mountain lion was hit and killed by a car. And a recent study indicates that this scenario is one all too common for mountain lions in California.

For the mountain lions of Santa Ana, this means isolation.  Isolation means inbreeding. The lions in the Santa Ana mountains have already been found with kinked tails, a sign of inbreeding found in the Florida panther already (they’re mountain lions even though they’re called panthers).  Wildlife officials introduced mountain lions from Texas to Florida to mitigate the problems involved with inbreeding.

Mortality rates were higher in the Santa Ana Mountain population, mainly due to being struck by cars while attempting to cross Interstate 15.  Mortality rates were lower in the Santa Monica Mountain population but still very real. Inbreeding was a problem for both as well as the potential that a lion would be killed in retaliation for killing a pet or livestock.  The survival predictions for both populations were pretty dim.

With little changing, mountain lions in the Santa Ana population have a 16 to 21% chance of dying off within the next 50 years, and before that it’s likely that inbreeding would cause greater problems.  But there is a small piece of hope in the study, as it shows us how we can improve things for mountain lions.

By creating ways for the cats to cross highways safely, we’d also be allowing them to possibly move between different populations.  This holds out the possibility of both decreasing fatalities from road traffic and increasing genetic diversity, thus decreasing the problems caused by inbreeding.

In the end, of course the cats would benefit but humans would as well.  The possibility of meeting an animal wild and dangerous on a hiking trip in the mountains or a desert canyon feeds the human soul.  In Pam Houston’s Essay, Looking For Abbey’s Lion found in the collection, Sisters of the Earth, she writes about how mountain lions inspired her to move west where she became a wilderness guide and saw innumerable wild animals but not a mountain lion himself:

“It is clear to me, only no, that I came to live in the west not because I would see a mountain lion, but because I might see one. (If what I really wanted was to see a mountain lion I could have lived down the street from the Bronx Zoo.) And though I couldn’t have imagined it from my dorm room in Ohio, the mountain lion has taught me his lessons not through a face-to-face encounter but through his elusiveness and intangibility.”