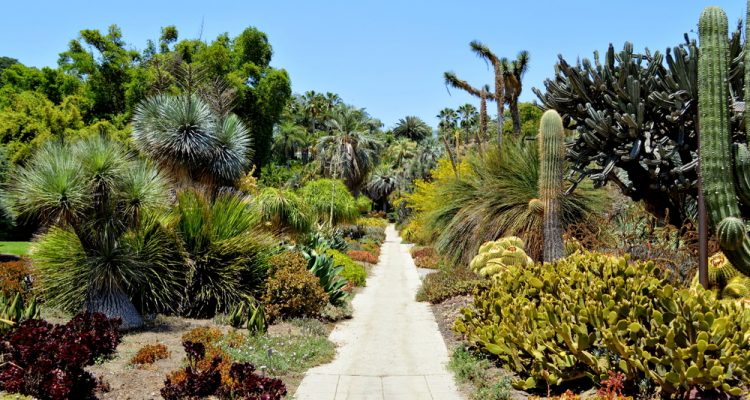 California water agencies are questioning if a lawn experiment was worth it.

More than $350 million has been spent by California water agencies in the past two years encouraging property owners to rip out their lawns and replace them with decorations that don’t guzzle quite as much water, and now they are asking, was it worth it?

Throughout California, researchers are using satellite images, infrared aerial photos, neighborhood drive-bys, and complex algorithms to understand how much grassy turf was replaced.

“How well did it work? That’s really key when we’re working on historic investments,” said Patrick Atwater, project manager at the California Data Collaborative, who have been recruited to answer the questions posed by California water agencies.

The U.S. Environmental Protection Agency suggested one third of water consumption in households is used to quench thirsty lawns. That works out to roughly 9 billion gallons of water per day.

Last year after a prolonged, dry winter, Governor Jerry Brown ordered 25% water conservation in California cities and towns. He bequeathed $25 million to low-income families to assist removing their grass lawns and replacing them with less thirsty alternatives. The governor set a lofty goal of eradicating 50 million square feet of lawn.

It’s not only the state funding this initiative – the Metropolitan Water District of Southern California dropped just over $300 million into lawn rebates, doubling its rebate offer in 2015. Santa Clara Valley Water District, serving Silicon Valley, provided around $30 million in rebates, with dozens of other water districts adding millions of dollars to the fund.

The initiative was not without controversy – water districts were forced to make rules up as they went along, pertaining to businesses like golf courses and estates which received several million dollars in rebates. Each district’s mandate was different: some requested homeowners use plants more suitable for a dry climate, others allowed artificial turf and gravel.

Water-district managers today are concerned about the potential fallout if rebate costs don’t outweigh the benefits.

The state is employing all the data it can find, using infrared imagery from airplanes and tallying water & spin-off savings, including lower energy costs for piping less water to households, and reduced climate-changing pollution from lawn mowers. Some districts are sending out surveys to rebate-takers, and most are driving up and down neighborhoods to judge the effects of the campaign.

A survey in Irvine revealed that, for every three homeowners who were granted a rebate, at least four others converted their lawns. Researches believe that other factors played into these findings, including news reports and the governor’s drought-messaging.

Ellen Hanak, director of the water-policy center at the Public Policy Institute of California, states that rebates are considered an audience development initiative working to raise awareness of the other alternatives to lawns.

There was widespread criticism of these schemes when it emerged that Nestlé had extracted 36 million gallons of water from a Californian national forest in 2015 alone.

Read all about the Californian water conservation project here.