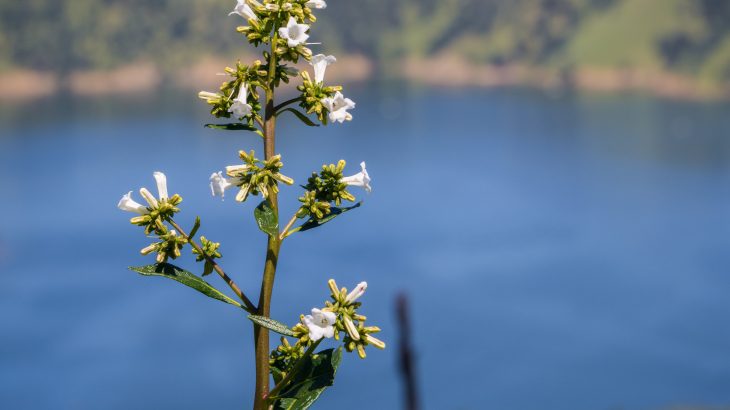 Yerba santa, which translates to “holy herb” in English, is well known for its medicinal qualities, and it’s used to treat everything from fever to sore muscles.

Researchers from the Salk Institute for Biological Studies conducted a screening analysis of a commercial library of 400 plant extracts in the hopes of identifying promising anti-inflammatory compounds in nature that could be used to help brain swelling related to dementia.

Previously, researchers from the Salk Institute had used a similar screening technique to identify anti-inflammatory flavonoids in plants.

One molecule stood out among the 400 plant extracts, an active component of Yerba santa called sterubin which the researchers then used to test on mice nerve cells.

“Alzheimer’s disease is a leading cause of death in the United States,” said Pamela Maher, a member of Salk’s Cellular Neurobiology Laboratory. “And because age is a major risk factor, researchers are looking at ways to counter aging’s effects on the brain. Our identification of sterubin as a potent neuroprotective component of a native California plant called Yerba santa (Eriodictyon californicum) is a promising step in that direction.”

Many powerful and effective drug compounds come from plants like aspirin and digitalis.

“This is a compound that was known but ignored,” said Maher. “Not only did sterubin turn out to be much more active than the other flavonoids in Yerba santa in our assays, it appears as good as, if not better than, other flavonoids we have studied.”

The Salk researchers will continue to study sterubin to see if it could one day be ready for human trials.