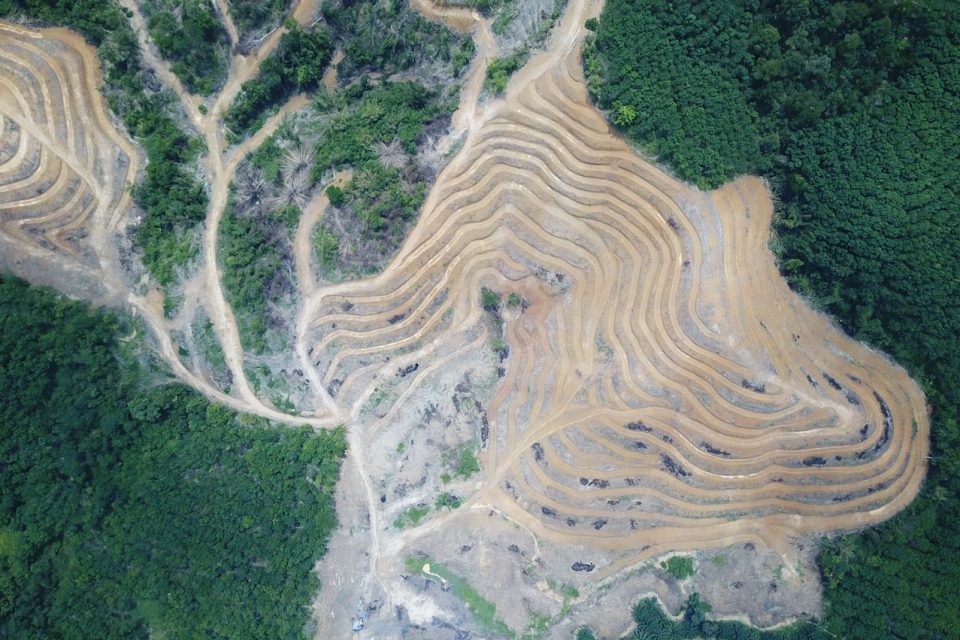 Recently, there’s been a lot of talk about the role that tropical deforestation plays in climate change. The discussion has been framed largely in the light of the recent fires in the Brazilian Amazon as well as Bolivian forest fires. Not only the fires have been the subject of conversation but as have the human, political, and economic forces behind those fires.

Some have looked at trading partnerships between Brazil and other countries, pointing out the leverage these countries could use in promoting forest conservation. The particular commodities of beef and soy that cause most of the deforestation are also a part of the discussion. Now, the state of California is looking to take concrete action against South American deforestation while the federal government seems to be going in the opposite direction.

The California ‘Tropical Forest Standard’ involves using corporate money to slow tropical forest destruction. It’s already controversial, even among environmental groups, partially because it uses a carbon offset model to incentivize leaving forests standing. Some see the carbon market model as having little enforcement and giving polluting corporate interests too much leeway. Some feel that the system infringes on the rights of indigenous communities, while others feel it bolsters them. Environmental groups and indigenous leaders spoke on both sides of the issue during public testimony before California’s Air Resources Board.

According to the Environmental Defense Fund, California can play a role in protecting tropical forests. The fund claims that the forest standard “will value tropical forests for the essential climate benefits they provide — not just as timber or cropland. The Standard ensures that potential forest credits in California’s carbon market will have high environmental integrity.”

The Environmental Defense Fund (EDF) also lists out some potential positive points to the California standard. EDF points out that any good plan to combat climate change includes conserving and sustainably managing forests and notes that the California standard helps with that. EDF also points out the connection between the Amazon rainforest and precipitation in California and highlights how the state is sometimes a leader in environmental regulations and could be setting an example on reducing emissions with forest credits.

EDF also claims that the standard promotes indigenous rights by allowing funds to go to jurisdictions that partner with traditional people living in tropical forests. A video on their website highlights indigenous leaders in Latin America that support the California standard as part of an international environmental alliance, securing life not just for indigenous people but for everyone.

Leaders of the environmental organizations Amazon Watch and California Environmental Justice Alliance (CEJA) are less enthusiastic about the California tropical forest standard. Amazon Watch points out that Norway recently used $1 billion in a similar plan with uncertain or unsatisfactory results. They also note that carbon trade programs like this allow businesses to continue to pollute while greenwashing their operations. Further, Amazon Watch, an organization that partners with indigenous people, brings up the possibility of human rights violations. Sometimes, governments violate indigenous rights to land in an effort to obtain more forest for profit on the carbon market. CEJA quoted Chief Ninawa Huni Kui of Acre Brazil who addressed the California Air Resource Board by saying,

“Nature is not a commodity. Nature is sacred. We must defend the sacred and protect the sacred. The Tropical Forest Standard will not reduce global warming. It will violate our rights to life.”

Opinions on the California Tropical Forest Standard are clearly divided, even among environmentalists and indigenous peoples who spoke both for and against the proposal. The official California Air Resources Board website itself notes that tropical deforestation accounts for 11 to 14% of all global CO2 emissions.

Interestingly, the approach of the California standard is to partner with sub national governments (which California is as well), an approach that critics say won’t work. Supporters feel that the California standard sets a high bar for forest management and pollution control. The Environmental Defense Fund notes that the Brazilian State of Acre created a program from 2003 to 2017 that reduced the levels of deforestation by 76% while increasing GDP. Part of that program was through incentivizing forests. The Environmental Defense Fund was joined by Earth Innovation Institute and others supporting the proposal. Detractors included GreenPeace and the Center for Biological Diversity. In the end, the proposal passed.

A 7 to 4 vote approved the California Tropical Forests Standard. The San Diego Union-Tribune reports that Mary Nichols, the chair of the California Air Resource Board, was in favor of the new standard which passed. At the same time, it’s not certain that California will use the new standard at all. The state already has a surplus of carbon offset credits available under their cap and trade program.

Others worry about California’s ability to enforce the standard. Another related issue is that a government may collect payment for a long time only to change course and remove the forest they’ve been paid to protect under a different administration. A mistake like that could be costly. With other carbon trade programs, falsification of documents have made actual impacts unreliable. The plan itself is fairly simple.

Under the Tropical Forest Standard, a yearly audit determines the amount of credits that can be purchased for a particular piece of forest. What is considered is the average rate of deforestation over a ten year period and the related amount of carbon emitted. Additionally, 20 percent or more is subtracted to ensure that carbon sink reductions match up. The carbon purchases are supposed to represent a piece of forest for one hundred years. At the heart of this idea is a philosophical problem.

One of the biggest problems with California’s Tropical Forest Standard is the same problem with all cap and trade programs. A standing forest is necessarily reduced to its financial value to use as leverage. It’s impossible to accurately calculate the financial value of a forest and even if it could be done, it would be far less than the actual value of the forest.

For some forests are special, sacred, wondrous. To put tropical forest carbon on a market in this way means there’s an amount you can pay to justify cutting down the Amazon. This undercuts the rainforests, their people, other animals and plants as beings with intrinsic value. What is the worth of a forest?