New Cambrian Explosion fossil may be an early relative of sponges • Earth.com

New Cambrian Explosion fossil may be an early relative of sponges

Roughly 570 million years ago, life on Earth began a drastic transformation and for the first time, we can now see evidence of a diverse group of species in the fossil record. This period of history is called the Cambrian Explosion because of how quickly different species evolved.

Researchers are still discovering new fossils that shed further insight into this time on Earth, and a new study examining the fossil of a nude sea creature provides answers to an old mystery about where the species belongs. 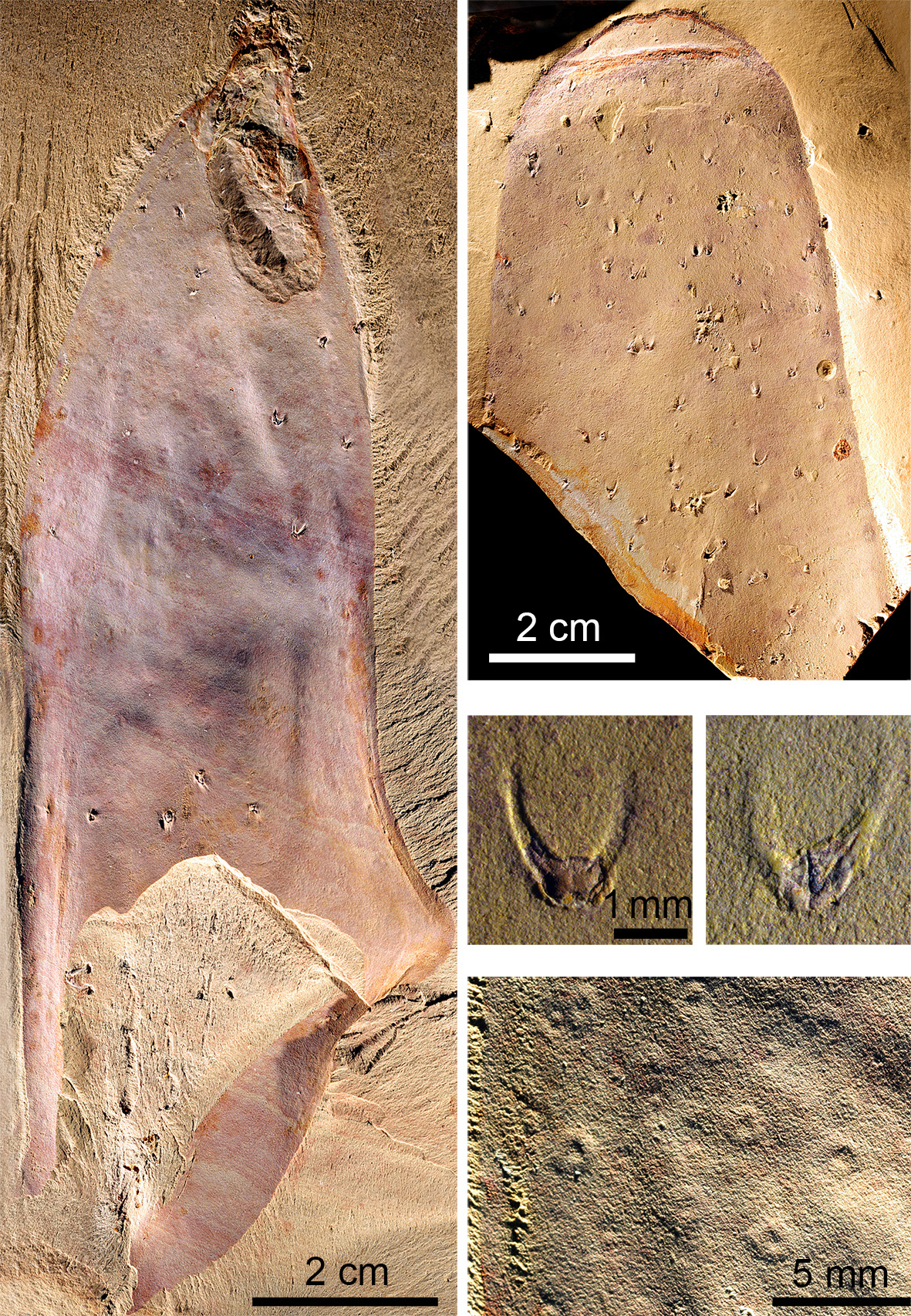 Because of their long tube shape, chancelloriids are often compared to sponges. However, scientists have been unwilling to classify them as such because chancelloriid spines are different from today’s modern sponges.

Chancelloriids first appeared during the Cambrian Explosion but went extinct soon after.

The new chancelloriid fossil species, called Allonia nuda, allowed researchers to better understand the animals and give them a place on the phylogenetic tree of life.

Allonia nuda was found in the Chengjiang deposits of Yunnan, Province China, an area rich with fossils from the Cambrian Period.

The species could have measured 50 centimeters or more but had very few tiny spines, and its nude coloring led the researchers to think that more fossils may be “hiding in plain sight.”

Although the Allonia nuda spine is different from sponges, the pattern of body growth is similar to some modern sponges which supports the original proposal that the species belongs in the sponge family.

“Fossil chancelloriids were first described around 100 years ago, but have resisted attempts to place them in the tree of life,” said Tom Harvey, an author of the study. “We argue that their pattern of body growth supports a link to sponges, reinvigorating an old hypothesis. We’re not suggesting that it’s “case closed” for chancelloriids, but we hope our results will inspire new research into the nature of the earliest animals.”