Cancer cells have a transformative impact on neighboring cells • Earth.com 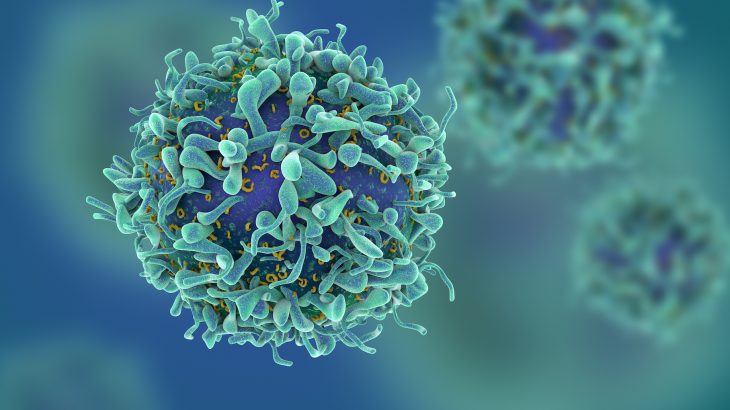 Cancer cells have a transformative impact on neighboring cells

According to a new study by researchers at the Francis Crick Institute, healthy cells that are in the immediate vicinity of a tumor become more stem cell-like and promote the spread of cancer.

In the lab of Ilaria Malanchi, the experts used a state-of-the-art technique which they developed to study the tissue surrounding a tumor, which is called the tumor microenvironment. This region is known to have a strong influence on the growth of cancer, as well as its response to treatment.

“Our new technique allows us to study changes to cells in the tumor microenvironment with unprecedented precision,” said Malanchi. “This helps us to understand how these changes relate to tumor growth and metastasis, allowing us to develop better strategies to treat the disease.”

“We discovered that non-cancerous cells in the tumor microenvironment regress back into a stem-cell like state, and actually support cancer growth. By corrupting its neighbors, cancer transforms its local environment to support its own survival.”

The method used by the team is based on the modification of cancer cells to release a cell-penetrating fluorescent protein that is absorbed by neighboring cells. These color-labeled cells can be identified and compared to other “unlabeled” cells that have not made contact with the tumor.

In mice, the researchers used this approach to study the cells around breast cancer that had spread to the lungs. It was then confirmed by Alessandro Ori’s lab at the Fritz Lipmann Institute that labeled cells had produced different proteins compared to unlabeled cells.

The experts discovered that labeled lung cells developed stem cell-like features that were not observed in lung cells outside of the tumor microenvironment. When the labeled cells were mixed with tumor cells in a 3D culture in the lab, they were found to boost tumor growth, which indicates that they help the cancer survive and spread.

To further investigate the behavior of the cells, the researchers collaborated with Joo-Hyeon Lee at the Wellcome Trust/MRC Stem Cell Institute, who used the cells to grow mini-lungs.

“To our amazement, we found that cells receiving proteins from adjacent cancer cells obtained stem-cell-like features,” explained Lee. “They could change their fate to become different cell types. It demonstrates the powerful influence that cancer exerts over its neighboring cells, making them liable to change easily.”

The researchers hope that their new technique will be utilized in future studies to gain further insight into the local changes triggered by cancer which help it to survive, spread, and develop resistance to treatments.