Consumption of sugary drinks may be linked to a higher risk of cancer • Earth.com 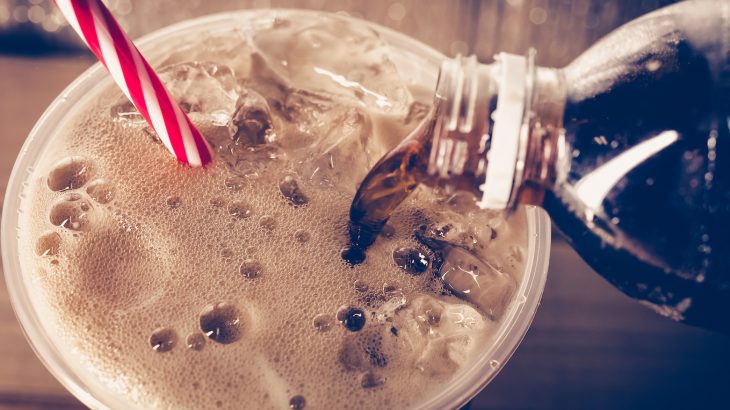 It should be no surprise that drinking a lot of sugary beverages is bad for your health, but can it also lead to an increased risk of cancer?

A study published in The BMJ has reported a possible link between higher consumption of sugary drinks and an increased risk of cancer. Although the study’s results should be interpreted with caution, they add to a growing body of evidence that supports limiting sugary drink consumption – along with marketing restrictions and taxation – could lead to a reduction in cancer cases.

In the last few decades, the consumption of sugary beverages has increased globally. This trend is linked to increased risk of obesity, which itself is a major risk factor for many cancers. However, research regarding sugary drinks and the risk of cancer is limited. With this in mind, a team of researchers from France wanted to determine the associations between these types of drinks (sugar sweetened beverages and 100% fruit juices) and artificially sweetened (diet) beverages with the risk of overall cancer and specific cancers.

Their study included over 100,000 healthy French adults who completed at least two 24-hour online validated dietary questionnaires that were designed to measure usual intake of more than 3,000 distinct food and beverage items. These participants were followed up with for a maximum of 9 years. Other known risk factors for cancer (age, sex, educational level, family history, smoking status, and physical activity levels) were also taken into account.

So what about these types of beverages is causing an increased risk of cancer? The possible explanations for this include the effect of sugar on visceral fat, which is stored around vital organs such as the liver and pancreas, along with effects on blood sugar levels and inflammatory markers. It’s possible that other chemical compounds – such as the additives found in some sodas – could also be playing a role.

Because this is an observational study, cause cannot be established. However, because the sample size was so large, the researchers were able to adjust for a number of potentially influential factors. Additionally, the results were largely unchanged after further testing, which suggests that the findings were able to withstand scrutiny.

“These data support the relevance of existing nutritional recommendations to limit sugary drink consumption, including 100% fruit juice, as well as policy actions, such as taxation and marketing restrictions targeting sugary drinks, which might potentially contribute to the reduction of cancer incidence,” the study authors conclude.