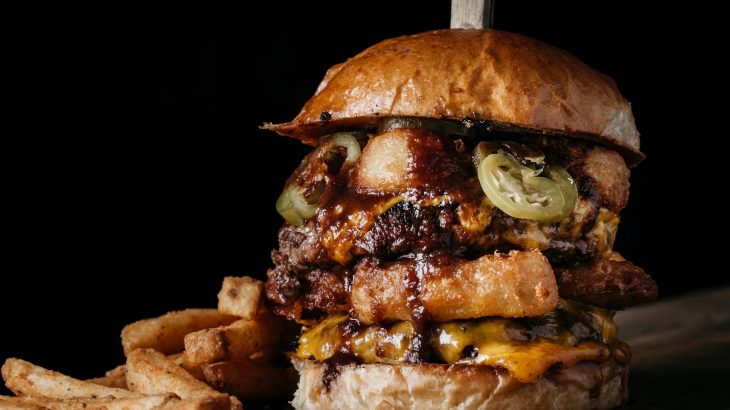 New research from Tufts University has linked specific cancers to the lack or excess of certain foods and sugary beverages. The study is one of the first of its kind to investigate the modifiable risk factors for cancer that are associated with food intake among American adults.

According to the study, diet-related factors may account for more than 80,000 new invasive cancer cases that were reported in 2015, which is the equivalent of 5.2 percent of all new cases that year. This estimate is comparable to the cancer risk associated with alcohol of 4 to 6 percent.

Study first author Fang Fang Zhang is a cancer and nutrition researcher at the Friedman School of Nutrition Science and Policy at Tufts University.

“Our findings underscore the opportunity to reduce cancer burden and disparities in the United States by improving food intake,” said Zhang.

Colorectal cancer had the highest proportion of diet-related cases, with 38.3 percent of all cases in 2015 connected to poor diets. Cancer of the mouth, pharynx, and larynx was the second most frequent cancer linked to food intake. 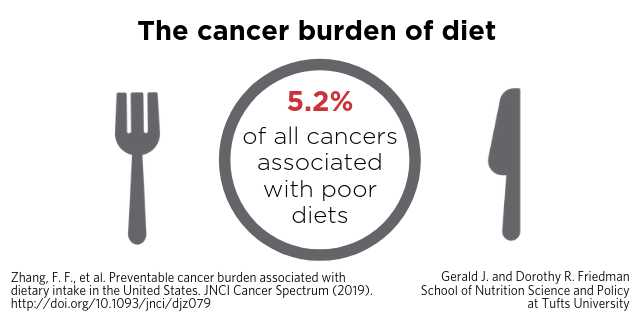 The study is published in the journal JNCI Cancer Spectrum.