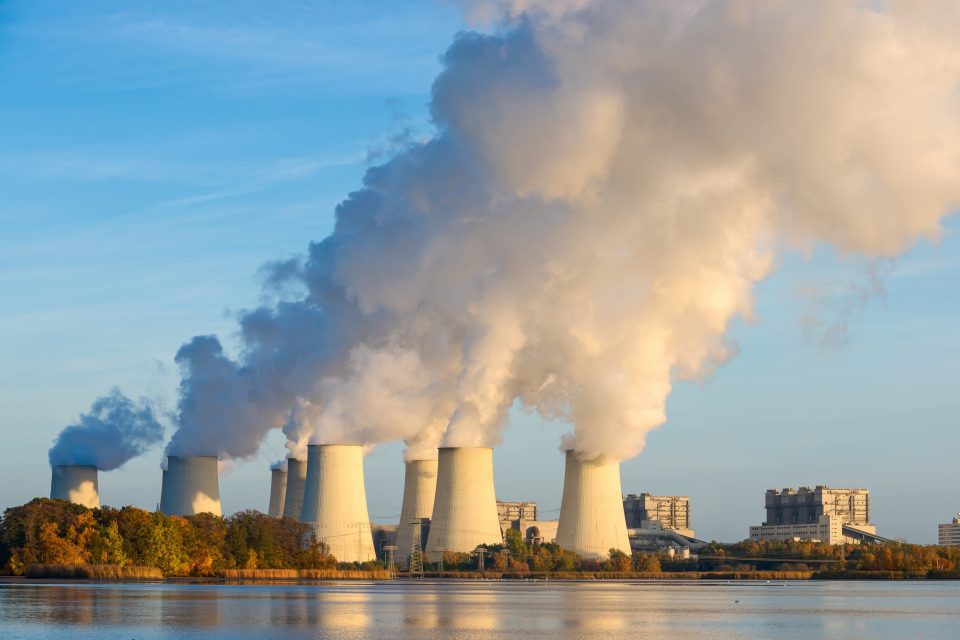 In a new study from UC Berkeley, researchers are describing a breakthrough method for capturing carbon dioxide that could greatly reduce harmful emissions from power plants.

The technology provides an inexpensive yet efficient technique that can be used by natural gas plants to remove carbon dioxide from their flue emissions.

The new carbon capture and storage (CCS) technique was developed by the UC Berkeley team in collaboration with the Lawrence Berkeley National Laboratory and ExxonMobil.

The CCS technology consists of a highly porous material called a metal-organic framework (MOF) modified with nitrogen-containing molecules to capture CO2. In addition, the method uses low temperature steam to flush out the CO2 to be re-used or sequestered.

The team has demonstrated that this approach is six times more effective in removing CO2 from flue gas than current amine-based technology. Testing showed that the technique can capture more than 90 percent of CO2, and required minimal energy to do so.

Study senior author Jeffrey Long is a professor at UC Berkeley and a senior faculty scientist at Berkeley Lab.

“For CO2 capture, steam stripping – where you use direct contact with steam to take off the CO2 – has been a sort of holy grail for the field. It is rightly seen as the cheapest way to do it,” said Professor Long. “These materials, at least from the experiments we have done so far, look very promising.”

Study co-author Simon Weston is a senior research associate and the project lead at ExxonMobil Research and Engineering.

“We were able to take the initial discovery and, through research and testing, derive a material that in lab experiments has shown the potential to not only capture CO2 under the extreme conditions present in flue gas emissions from natural gas power plants, but to do so with no loss in selectivity,” said Weston.

“We have shown that these new materials can then be regenerated with low-grade steam for repeated use, providing a pathway for a viable solution for carbon capture at scale.”

Carbon dioxide emissions account for around 65 percent of the harmful greenhouse gases that drive global warming, which has already increased Earth’s average temperature by one degree Celsius since the 19th century. If greenhouse gas emissions continue at the current rate, the planet will face dangerous consequences such as catastrophic storms, droughts, fires, and famine.

“In reality, of the kinds of things that the Intergovernmental Panel on Climate Change says we need to do to control global warming, CO2 capture is a huge part,” said Long. “We don’t have a use for most of the CO2 that we need to stop emitting, but we have to do it.”