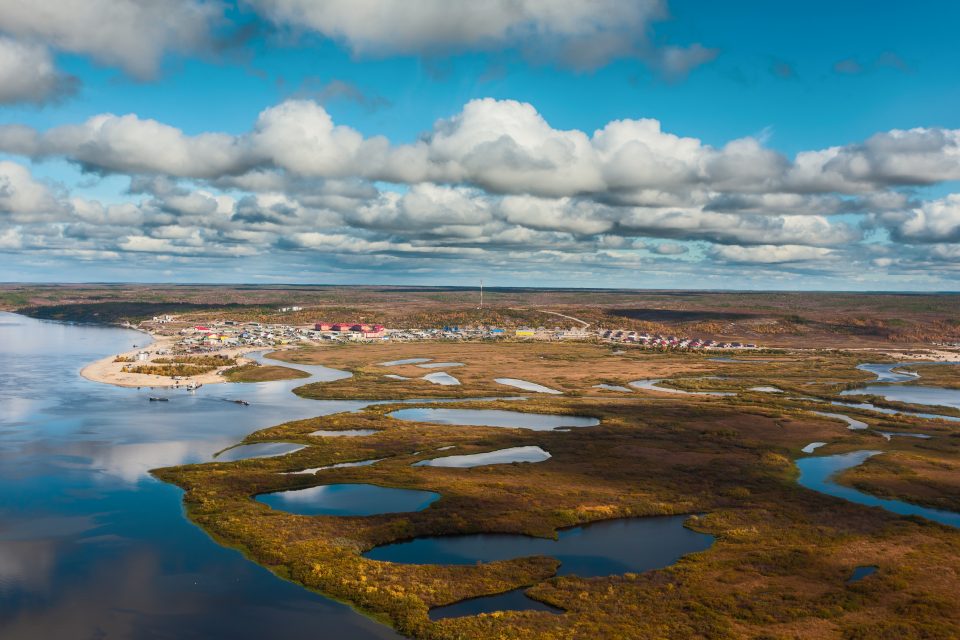 A new study from Umea University highlights the uncertainty involved in projecting CO2 emissions from thawing permafrost in the Arctic.

The research reveals that CO2 emissions from permafrost have been underestimated by billions of tons due to the role of plant roots in microbial decomposition and carbon release.

As permafrost thaws across the Arctic, carbon in the organic matter is oxidized to CO2 through microbial activity. Some of this carbon has been stored in the frozen soils for thousands of years.

In the current study, the researchers have investigated a process called the priming effect, which occurs when plant roots in the soil accelerate microbial activity and carbon release. The experts discovered that this process alone will cause 40 billion tons of CO2 emissions by the end of this century.

The amount of carbon stored in permafrost is so massive that it is comparable to all of the carbon that is currently stored on Earth and in the atmosphere combined.

The surface of the permafrost thaws in summer, which boosts productivity in plants and soil. The thawing microorganisms begin to emit greenhouse gases.

Scientists have previously estimated that global warming will drive the release of 50 to 100 billion tons permafrost carbon by 2100. The priming effect will independently increase these emissions. During priming, plant roots feed sugar to microorganisms in the soil, which the microbes can use to break down more soil organic matter.

Study co-lead author Frida Keuper is a research scientist at Umea University and the French National Research Institute for Agriculture, Food and Environment.

“We have known about the priming effect since the 1950’s, but we did not know whether or not this small-scale ecological interaction had a significant impact on the global carbon cycle,” explained Keuper.

For the investigation, the researchers analyzed maps of plant activity and data on soil carbon content from the Northern Circumpolar Soil Carbon Database. By combining this data with extensive literature on priming and plant root properties, the team was able to estimate the extent of the priming effect in permafrost ecosystems and its influence on greenhouse gas emissions.

The analysis shows that the priming effect increases soil microbial respiration by 12 percent, which will ultimately result in the release of an additional 40 billion tons of carbon by 2100 compared to the latest predictions.

The amount of CO2 emissions tied to the priming effect is equivalent to almost a quarter of the remaining “carbon budget” for human activities to limit global warming to 1.5 degrees Celsius.

Study co-lead author Birgit Wild is an assistant professor in the Department of Environmental Science and Analytical Chemistry at Stockholm University.

“These new findings demonstrate how important it is to consider small-scale ecological interactions, such as the priming effect, in global greenhouse gas emission modeling,” concluded Professor Wild.