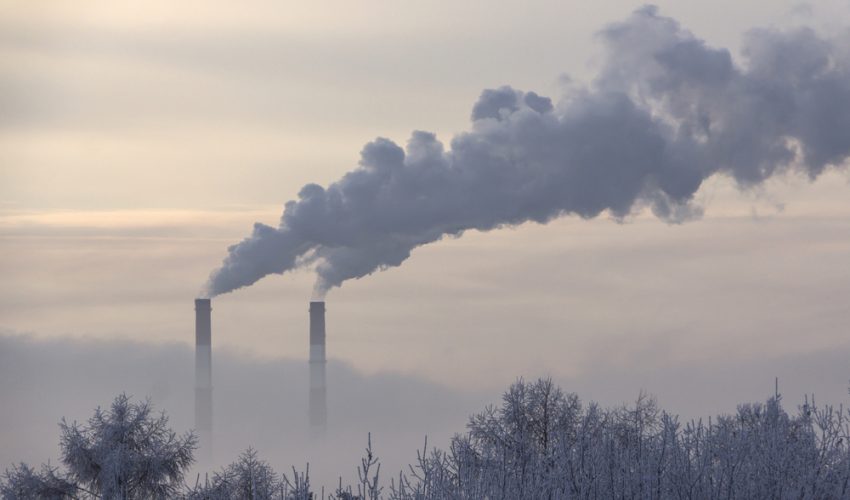 Levels of carbon dioxide in the Earth’s atmosphere hit their highest levels ever recorded last month. And that’s not all. According to scientists, levels are the highest they’ve been in 800,000 years.

The Mauna Loa Observatory began recording average monthly parts per million of carbon dioxide in 1958. The data set, known as the Keeling Curve for its late founder Charles David Keeling, has seen carbon dioxide rise since its first measurement of 315 ppm. The “curve” portion of the name refers to how the numbers rise and fall seasonally, although the trend has been toward sharper rises and shorter falls for decades.

“We keep burning fossil fuels. Carbon dioxide keeps building up in the air,” Ralph Keeling, the current Keeling Curve director, said in a press release. “It’s essentially as simple as that.”

The last time scientists believe the atmosphere had such high levels of carbon dioxide was 800,000 years ago, hundreds of thousands of years before anatomically modern humans walked the Earth. Homo erectus had not yet discovered how to control fire.

Based on the information collected at Mauna Loa, the concentration of carbon dioxide in Earth’s atmosphere has increased 30 percent in the 60 years since the first measurements were collected for the Keeling Curve data series.

Carbon dioxide is one of several “greenhouse gases.” They earned that nickname from scientists because these gases can trap solar radiation in the atmosphere. That can cause the Earth’s average global temperatures to rise, most climate scientists say.

Carbon dioxide occurs naturally, but it can also be created by human activity, such as burning fossil fuels.