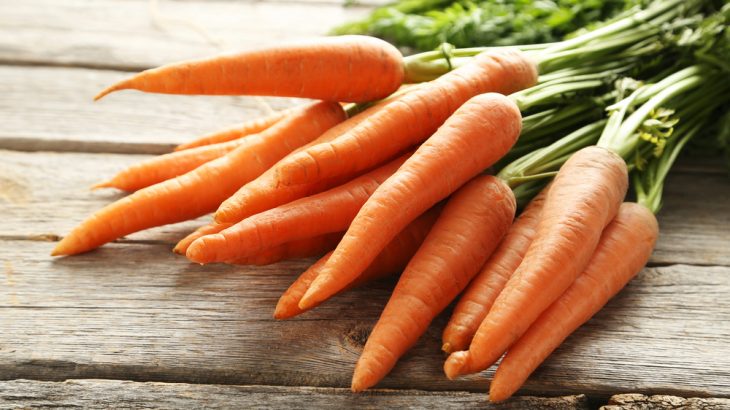 Carrot extract could be the key to creating environmentally friendly cement, according to a new study by British researchers.

The team at Lancaster University used a surprisingly low-tech method to test their theory that carrot extract could make cement stronger while cutting carbon dioxide emissions: a common household blender.

The scientists blended nano platelets extracted from carrots and ordinary cement to create a crack-resistant material up to 80 percent stronger than traditional cement.

“The composites are not only superior to current cement products in terms of mechanical and microstructure properties, but also use smaller amounts of cement,” Dr. Mohamed Saai told the Daily Mail. “This significantly reduces both the energy consumption and [carbon dioxide] emissions associated with cement manufacturing.”

The key is in the cellulose.

The fibrous material is what makes carrots so rigid and crunchy, even though the root vegetables are mostly water, Christian Kemp-Griffin, CEO of Scotland-based CelluComp, the company that provided the carrot extract.

“Those fibers have strength characteristics in them. It’s the building blocks of the strength of a vegetable,” he told Reuters.

It can be extracted from other plant material, but vegetables are easiest, Kemp-Griffin said.

Adding the carrot extract saved about 88 pounds of cement per cubic square meter of concrete, and about the same amount in carbon dioxide emissions, the Lancaster researchers discovered during proof-of-concept studies.

“Our preliminary results show that adding about half a kilogram of carrot nanomaterial will reduce about 10 kilograms of cement per one cubic meter of concrete,” Saafi told the Mail.

The news could be big for the construction industry, not just because the resulting material seems stronger and less likely to crack. According to the International Energy Agency, cement produces about seven percent of global carbon dioxide emissions.

Carrot extract isn’t the only solution, either. The British researchers are also experimenting with cellulose extracted from sugar beets.