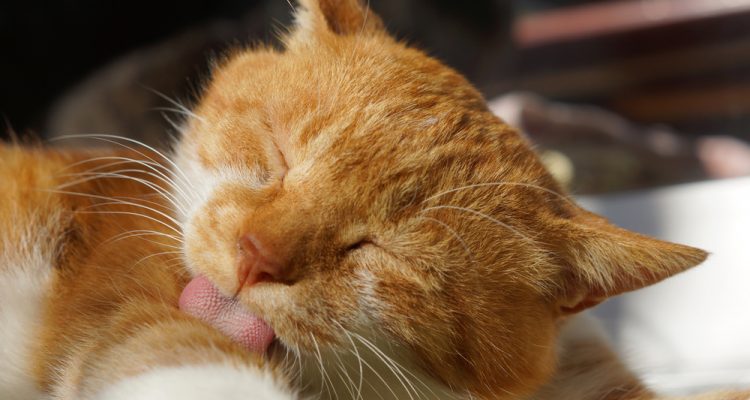 Some innovators are finding animal inspiration – not from nature, but from one of the world’s most popular pets. It turns out that studying cat tongues has offered up an array of ideas that could be useful in robotics, medicine, and the beauty industry.

Researchers based at Georgia Tech used macro and high-speed videography to record cats as they groomed, then used the imaging to print three-dimensional models at a 400 percent scale.

The project revealed that the sandpaper-like feel of a cat’s tongue is due to hook-like features that are the shape and sharpness of tiny claws. These little hooks make cat tongues ideal for detangling their fur. The flexibility of the tongue and the spines themselves help with this task.

And that gave the researchers some ideas. The most obvious, of course, is that hairbrushes modeled after cat tongues instead of with stiff, straight bristles might make detangling hair easier – and be easier to clean.

The hooked shape of the spines on cats’ tongues make them “self-cleaning,” with caught fur sliding off easily. A similarly shaped brush could be cleaned by simply sliding a hand from the tip to the end.

However, the research could also offer up improved grips for soft robotics systems, as well as innovations in wound cleaning.

In robotics, engineers have struggled to create soft materials that can grip surfaces. The cat’s soft, flexible tongue could offer a model for a solution.

The scientists aren’t done studying cats. They’ve examined the tongues of domestic cats, but would like to also study large cats like lions and tigers so they can compare the structures of their tongues. They’re hoping to find out how the spacing of the spines affects resistance.

The researchers presented their findings at the 69th annual meeting of the American Physical Society’s Division of Fluid Dynamics. They’re planning to create mimic technology based on their findings.