Cats bonded with humans after a single domestication event • Earth.com 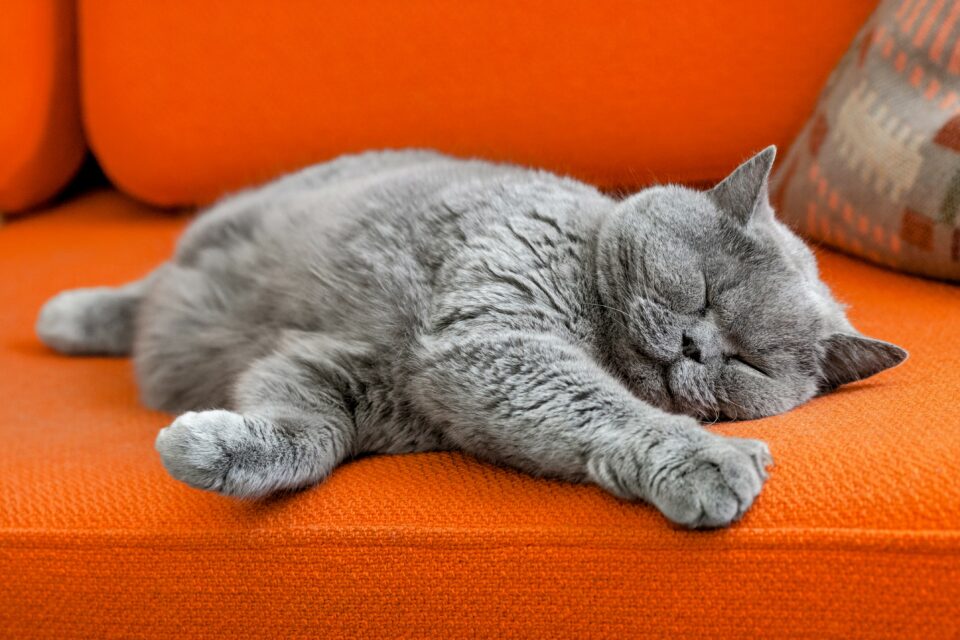 Domestic cats are favorite pets the world over, but details of their origins and early domestication are not well researched. Previous genetic studies have indicated that domestication most likely took place in the region of the Fertile Crescent, some 12,000 years ago. This is the area in the Middle East where humans first transitioned from a hunter-gatherer to a farming lifestyle, and it is proposed that cat domestication went hand-in-hand with the formation of the first human settlements in this region.

Previous studies support the idea that the African wildcat, Felis silvestris lybica, is the ancestor of modern domestic cats (F. s. catus). However, domestic cats from other regions of early agricultural development, including within other Near and Middle Eastern regions, as well as the Indus Valley of Pakistan, have not been examined to determine whether they also contributed to feline domestication. It is also not clear whether cats were subsequently domesticated in other regions of the world, or whether their distribution spread outwards from the Fertile Crescent.

A new study by researchers from universities in the U.S. and elsewhere around the world, has now sought to clarify these questions. The study made use of more than 200 different DNA markers to investigate the genetic diversity of modern cat populations and establish whether current genetic patterns form discrete groups, which would suggest several possible ancestors and different domestication events. In contrast, if the genetic markers indicate a continuum of diversity from a population center, with differences that can be explained by isolation due to distance, this would indicate that the Fertile Crescent was the only site of domestication.

Leslie A. Lyons, a feline geneticist and Gilbreath-McLorn endowed professor of comparative medicine in the University of Missouri-Columbia College of Veterinary Medicine, collected and analyzed DNA from cats in and around the Fertile Crescent area, as well as from sites throughout Europe, Asia and Africa.

Samples of cheek tissue, or gonads (from neutered cats), or whole blood, were collected from 1987 random-bred cats (F.s. catus), four African wildcats (F.s. lybica), and 10 putative hybrids of domestic and European wildcats (F.s. silvestris). The researchers did not focus on DNA from special breeds of cats, which have been developed in the past 200 years. Instead they focused on random-bred cats which would have escaped the intensive selective pressures of breed formation.

The DNA from these samples was analysed for the presence of single nucleotide polymorphisms (SNPs) and short tandem repeats (STRs), which are commonly used genetic markers. In some instances the data from other published studies was used, while data from new specimens was added to increase the sample size and geographic locations. In total, random-bred cat samples came from 40 different countries.

“One of the DNA main markers we studied were microsatellites, which mutate very quickly and give us clues about recent cat populations and breed developments over the past few hundred years,” explained Lyons. “Another key DNA marker we examined were single nucleotide polymorphisms, which are single-base changes all throughout the genome that give us clues about their ancient history several thousands of years ago. By studying and comparing both markers, we can start to piece together the evolutionary story of cats.”

The results of the analysis, published in the journal Heredity, strongly support the theory that cats were first domesticated only in the Fertile Crescent, around the time that humans first began to farm and adopted a more sedentary lifestyle. As settlements grew in size, stored grain and discarded waste would have attracted mice, and bold wildcats probably came closer to capitalize on this abundance. One can imagine that people valued the contribution of the cats to controlling vermin, and thus would have encouraged them.

The genetic diversity of cats in countries close to the Fertile Crescent region indicated that they all had the same progenitors but had become distinctly different over time through a process known as ‘isolation by distance.’ In other words, from this single original domestication event, cats were transported along by humans, as they moved to new locations, where they reproduced and accumulated unique genetic changes. This is in contrast to the domestication events of horses and cattle, which occurred multiple times in disparate parts of the world.

“We can actually refer to cats as semi-domesticated, because if we turned them loose into the wild, they would likely still hunt vermin and be able to survive and mate on their own due to their natural behaviors,” said Lyons. “Unlike dogs and other domesticated animals, we haven’t really changed the behaviors of cats that much during the domestication process, so cats once again prove to be a special animal.”

Lyons, who has researched feline genetics for more than 30 years, said studies like this also support her broader research goal of using cats as a biomedical model to study genetic diseases that impact both cats and people, such as polycystic kidney disease, blindness and dwarfism.

“Comparative genetics and precision medicine play key roles in the ‘One Health’ concept, which means anything we can do to study the causes of genetic diseases in cats or how to treat their ailments can be useful for one day treating humans with the same diseases,” said Lyons. “I am building genetic tools, genetic resources that ultimately help improve cat health. When building these tools, it is important to get a representative sample and understand the genetic diversity of cats worldwide so that our genetic toolbox can be useful to help cats all over the globe, not just in one specific region.”

Throughout her career, Lyons has worked with cat breeders and research collaborators to develop comprehensive feline DNA databases that the scientific community can benefit from, including cat genome sequencing from felines all around the world. In a 2021 study, Lyons and colleagues found that the cat’s genomic structure is more similar to humans than nearly any other non-primate mammal.

“Our efforts have helped stop the migration and passing-down of inherited genetic diseases around the world, and one example is polycystic kidney disease, as 38 percent of Persian cats had this disease when we first launched our genetic test for it back in 2004,” said Lyons. “Now that percentage has gone down significantly thanks to our efforts, and our overall goal is to eradicate genetic diseases from cats down the road.”

Currently, the only viable treatment for polycystic kidney disease has unhealthy side effects, including liver failure. Lyons is now working with researchers at the University of California at Santa Barbara to develop a diet-based treatment trial for those suffering from the disease.

“If those trials are successful, we might be able to have humans try it as a more natural, healthier alternative to taking a drug that may cause liver failure or other health issues,” Lyons said. “Our efforts will continue to help, and it feels good to be a part of it.”