A celery stalk a day may help keep heart disease and cancer away • Earth.com 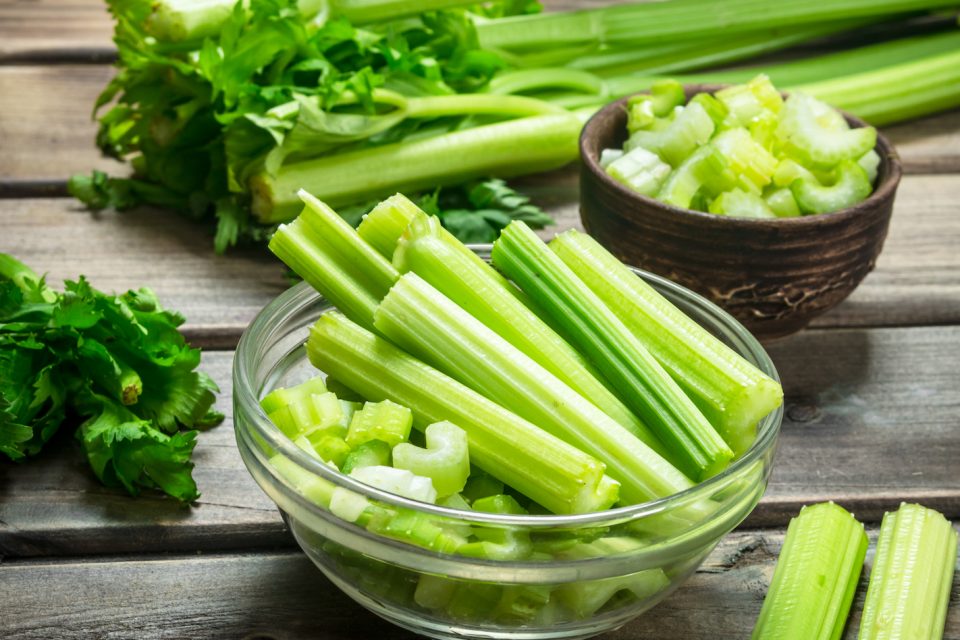 Celery is often disregarded as nothing more than a disposable garnish served with buffalo chicken wings. However, the extraordinary health benefits associated with this crunchy vegetable make it one of the most underrated foods on the planet.

“Celery is loaded with polysaccharides and antioxidants,” explained best-selling author Dr. Partha Nandi. “The antioxidants have the ability to cure free-radical damage that contributes to inflammation. Chronic diseases such as heart disease, cancer or arthritis are caused by inflammation.”

Many other serious conditions, including diabetes, Alzheimer’s disease, and age-related vision loss, have also been linked to chronic inflammation.

Dr. Tina Ardon is a family medicine physician at the Mayo Clinic. She explained that some foods contribute to inflammation, while other foods can be helpful for reducing or preventing inflammation.

“Research indicates that there is a link between diet and inflammation,” said Dr. Ardon. “Although this is a normal process in response to an injury or an infection, sometimes inflammation can turn into a chronic process and actually be widespread throughout the body.”

Celery is also a good source of both types of dietary fiber, soluble and insoluble. A study funded by the National Heart, Lung, and Blood Institute revealed that simply eating more fiber can be critical for weight loss. Fiber absorbs water in the digestive tract and reduces food cravings by making you feel fuller longer.

“A simplified approach to weight reduction emphasizing only increased fiber intake may be a reasonable alternative for persons with difficulty adhering to more complicated diet regimens,” wrote the study authors.

Celery is 95 percent water, which means that incorporating it into a daily diet increases levels of hydration. Staying hydrated not only increases the body’s energy levels, but also improves mood and brain function.

“In theory, a liquid that boosts mood, helps the body function properly and gets rid of excess toxins should be the go-to strategy for better health. But despite the fact that it’s essential to survive – and that the body’s made up of 60 percent of it – water often becomes a forgotten nutrient,” wrote experts at the Mayo Clinic.

A growing collection of research suggests that celery is also helpful in lowering blood pressure and cholesterol.

As far back as the Middle Ages, wild celery was used to treat anxiety, insomnia, and arthritis. In fact, for thousands of years, celery was used more for medicinal purposes than for cooking.

Native to the Mediterranean region, the celery plant was considered an aphrodisiac by Greeks and Romans. It was believed to induce arousal by stimulating the pituitary gland, which is key in releasing sexual hormones. According to National Geographic, the legendary Italian lover Giacomo Casanova ate celery to ensure sexual stamina.

In ancient Greece, celery was used to worship the dead and the underworld divinities. Dark celery leaves were used to make garlands for the deceased. Egyptians used celery in celebrations associated with the cult of the dead as well, and garlands of celery leaves were found in the tomb of Tutankhamun.

Today, the most straightforward benefit of adding celery to a daily diet is that it is practically calorie-free. Meanwhile, experts continue to identify the positive health effects of celery and its role in lowering the risk of death by the world’s two leading causes, heart disease and cancer.