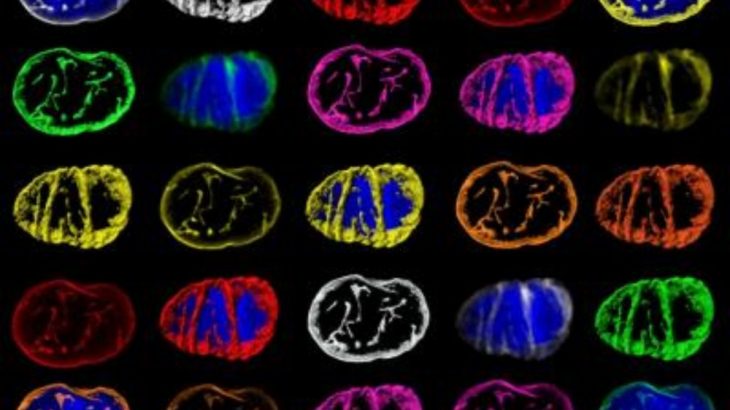 For decades, scientists have believed that the organs and structures within a living cell simply float around in the cytoplasm. A new study turns this on its head, discovering that cell structures are actually organized into a sort of “cell-wide web” that carries signals throughout the cell.

“We found that cell function is coordinated by a network of nanotubes, similar to the carbon nanotubes you find in a computer microprocessor,” Dr. Mark Evans of the University of Edinburgh said in a press release.

The discovery changes our entire understanding of how cells are structured. Previously, cells were thought to send signals like waves through the cytoplasm. But the Edinburgh team found that signals move across a network structured similarly to a computer’s circuit board.

Unlikely in a computer, however, the cell-wide web is plastic – it can rapidly restructure its communication network as needed.

The Edinburgh team discovered the cell-wide web by studying how calcium-charged move within each cell using high-powered microscopes and computer algorithms similar to those used by Katie Bouman and her team to reveal an image of a black hole.

“The most striking thing is that this circuit is highly flexible, as this cell-wide web can rapidly reconfigure to deliver different outputs in a manner determined by the information received by and relayed from the nucleus,” Evans said. “This is something no man-made microprocessors or circuit boards are yet capable of achieving.”

Each signal gives the nucleus information that signal slight changes in structure. The changes then dictate which genes are switched on and off. For example, when a cell moves into its growth phase, the cell-wide web is reconfigured to turn on the genes that trigger growth.

Scientists hope that understanding the code cells use to transmit signals will help doctors understand diseases like cancer and pulmonary hypertension, and maybe even open up new treatments.

Image Credit: The University of Edinburgh