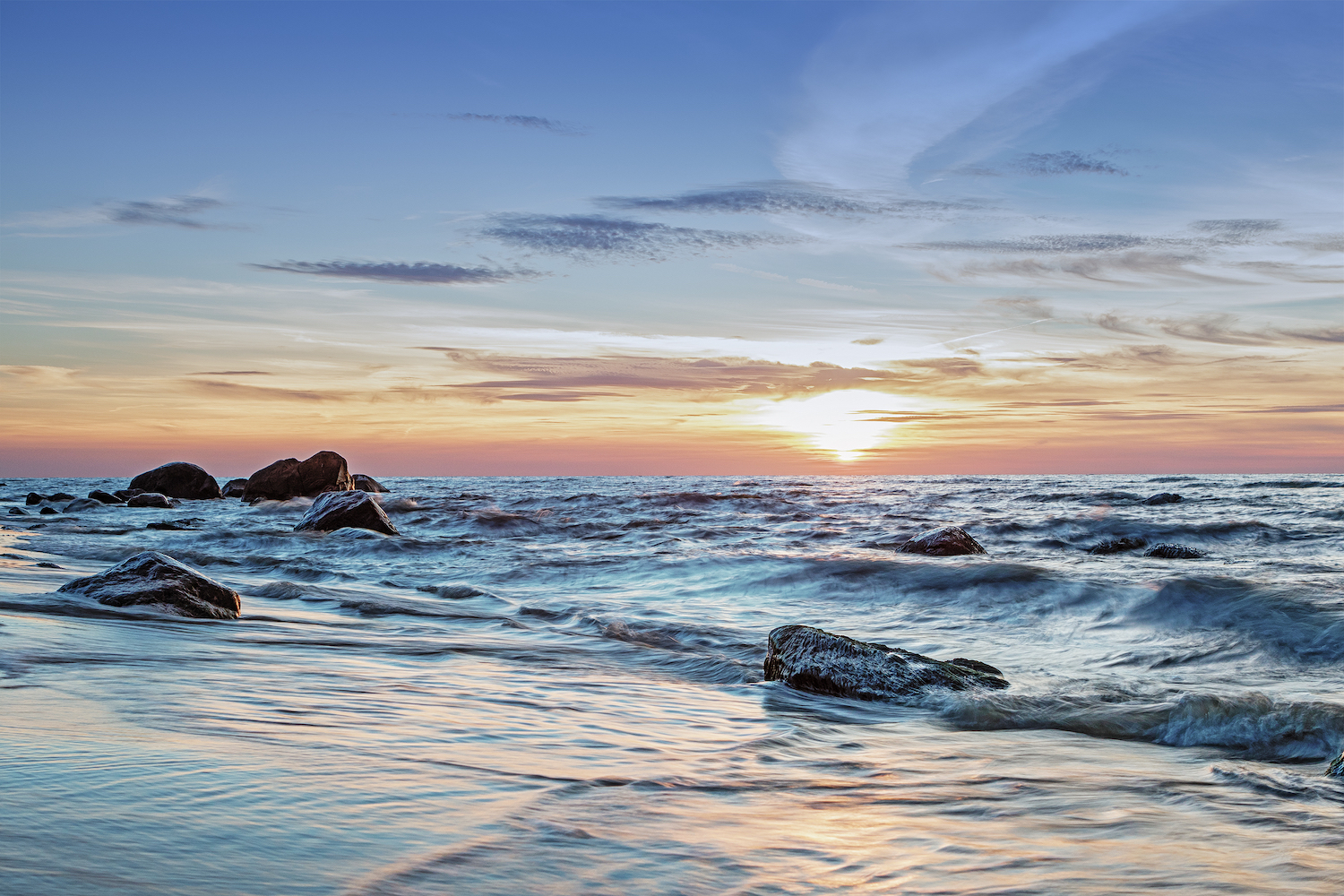 According to 26 experts from 21 scientific institutions, drastic changes in the Baltic Sea could be used as in invaluable model for predicting upcoming changes to oceans across the globe.

Professor Thorsten Reusch from the GEOMAR Helmholtz Center for Ocean Research Kiel is one of the study’s lead authors.

“This unique sea of brackish water can serve as a kind of time machine that allows us to better estimate future global changes,” said Professor Reusch.

The scientists have found that anticipated future changes in the ocean can already be observed in the Baltic Sea today.

“This is because the small volume of water and slow water exchange with the open ocean, behaves like an amplifier, allowing many processes and interactions to occur at a faster pace,” explained co-lead author Dr. Jan Dierking.

Dead zones, or areas deprived of oxygen, have become ten times more prevalent in the Baltic Sea over the last century, and ocean acidification has reached a level that is expected to develop in other ocean regions over the next century.

The basin topography of the sea contributes to these extremes, but the negative changes can also be attributed to human activities.

The Baltic Sea extends along the borders of nine countries, all of which are highly industrialized with densely populated coastal regions. The conditions of the sea are heavily influenced by high nutrient runoff resulting from agricultural activities and also by pressure from the commercial fishing industry.

The Baltic Sea is one of the best-surveyed seas on Earth, with scientific records of physical and biological processes that date back to around 1900. A tradition of scientific collaboration across many neighboring countries has led to the development of the Baltic Sea research program BONUS by the European Union.

Data provided by the program provides a strong foundation for science-based resource management “on a level accomplished in only a few regions of the world,” according to Dr. Reusch. As a result, bordering countries have managed to curb overfishing, reduce nutrient runoff, and reverse the decline of large predators.

“Overfishing, warming, acidification, pollution, eutrophication, loss of oxygen, intensive use of coasts–all these are phenomena that we observe around the globe,” said Professor Reusch. “Because they have been particularly drastic in the Baltic, but also because some key problems were successfully addressed, the region can, for good and for bad, tell us what to expect and how to respond to the challenges of the future.”

“The Baltic Sea, as a model region, can contribute to achieving the United Nation’s Sustainable Development Goal 14–the conservation and sustainable use of the oceans, seas and marine resources.”