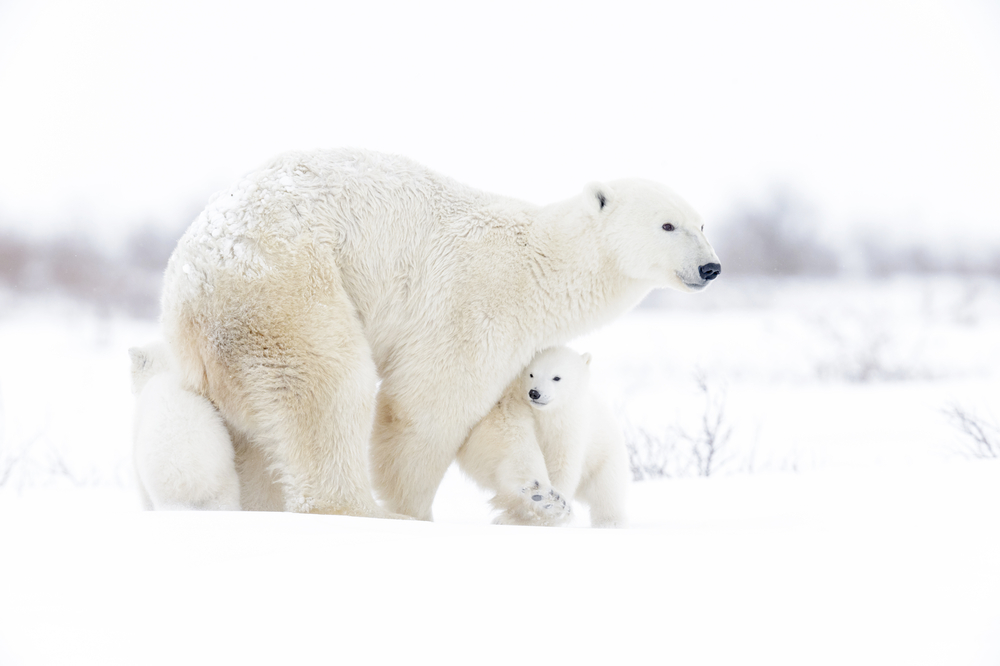 Though wildlife biologists in the field have been tracking and reporting animal populations, sometimes a bird’s eye view can give a clearer picture. That’s why scientists are using satellites to see how animals react to changing habitats.

At the American Geophysical Union meeting this week in San Francisco, three researchers shared how they’ve been using satellite data and imagery to model how changing habitats are likely to affect animal populations.

For example, by studying Arctic data from NASA and other agencies going back to 1979, the researchers found that sea ice in the Arctic region has been shrinking at an average rate of about 20,500 square miles per year, they said.

Because polar bears are dependent on sea ice, the loss of habitat could have a profound effect on their survival, said Dr. Kristin Laidre, a scientist at the University of Washington’s Polar Science Center.

With her colleague Eric Regehr of the U.S. Fish and Wildlife Service, Laidre calculated the length of a polar bear generation. Then, using the satellite data on sea ice decline and statistical modeling, Regehr, Laidre, and fellow researchers provided an estimate of polar bear populations in three generations for the International Union for Conservation of Nature‘s Red List to use in their assessment for polar bears.

Currently, some sub-populations of the snowy white bears are shrinking, but others are doing well, Laidre said.

“For example, in some parts of the Arctic, such as the Chukchi Sea, polar bears appear healthy, fat and reproducing well – this may be because this area is very ecologically productive, so you can lose some ice before seeing negative effects on bears,” Laidre said. “In other parts of the Arctic, like western Hudson Bay, studies have shown that survival and reproduction have declined as the availability of sea ice declines.”

Laidre’s analysis of polar bear populations was published in the journal Biology Letters.

The satellites showed a strong correlation between plant productivity in the region, and deer population, Stoner said. And that may be bad news for mountain lions, which prey on the deer, if the ongoing drought continues, he added.

It could also affect humans living in the area, as deer leave dry, barren regions and enter cities in search of vegetation to each. Aside from destroying landscaping or farm crops, they could cause car accidents.

By correlating the satellite data about vegetation, beginning in 2002, with recorded data on populations of both animals, Stoner believes satellites can make estimating the animals’ numbers easier for scientists.

In a third project, Dr. Andrey Petrov of the University of Northern Iowa used satellite data going back to 1969 to see how movements of the Taimyr reindeer herd had changed.

The Taimyr herd’s numbers have fallen about 40 percent since 2000, and other reindeer herds are seeing similar declines, Petrov said.

He found that the Taimyr reindeer had shifted eastward, away from growing human settlements and activity. He also found that the reindeer are migrating farther north and higher into the mountains in the summer.

“Taimyr reindeer now have to travel longer distances between their winter and summer grounds, and this is causing a higher calf mortality,” Petrov said.

However, the satellite images did show that overgrazing was not a problem as scientists previously suspected, he said. Vegetation in the reindeers’ grazing grounds was rebounding quickly.

The three projects showed how satellites can be used in unique ways to study the changing habitats of wildlife, NASA officials said. NASA funded Laidre’s and Stoner’s research.