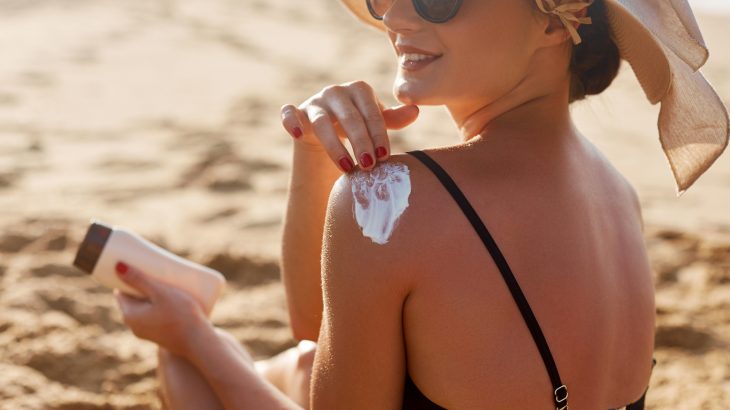 Questionable chemical in sunscreens found to be non-toxic, study shows

In a new study published by the American Institute of Physics, an advanced method of nanoparticle screening has revealed that some chemicals in personal care products are not as harmful as previously thought.

The researchers demonstrated that a chemical found in most sunscreens called titanium dioxide is not only non-toxic, but actually protects skin cells from ultraviolet damage.

Nanoparticles are so small that they have different physical, chemical, mechanical, and optical properties compared to the same material on a larger scale. Therefore, a material that is toxic in a bigger form is not necessarily harmful in its miniscule form, and vice versa.

According to study co-author Craig Priest, a nanomaterial contained in a personal care product may remain on the body for many hours while being exposed to air, moisture, light, and heat along with sweat, oils, and wax from the skin. The influence of these factors can either diminish or increase toxicity.

“Nanoparticles are found in many products and vary greatly. The exact size, shape, material and surface properties determine whether a particle is safe or harmful, but the vast number of property combinations means that screening is extremely difficult,” explained Priest.

The researchers decided to focus their investigation on UV radiation for its simplicity and also for its potential to be  included in a multiparameter study of the reaction of nanoparticles to external stressors, such as sunlight.

Microfluidics is a science that involves the precise control and manipulation of fluids that are geometrically constrained to a small scale. While previous nanotoxicity screening methods were tedious and time-consuming, microfluidic devices are less expensive and make studies easier to reproduce.

The research expands on previous work which tested microfluidic screening processes for chemicals, such as potassium cyanide, cycloheximide, and chemotherapy drugs. A major advantage of using microfluidic devices is their ability to perform multiple tests using small sample volumes in a compact microchip format.

“Our results will help speed the development of microfluidic screening chips and, in time, may form the basis of standardized screening of new nanoparticles before they enter products or the environment,” said Priest.

The study is published in the journal Biomicrofluidics.