Children who eat fruit and vegetables have greater well-being • Earth.com 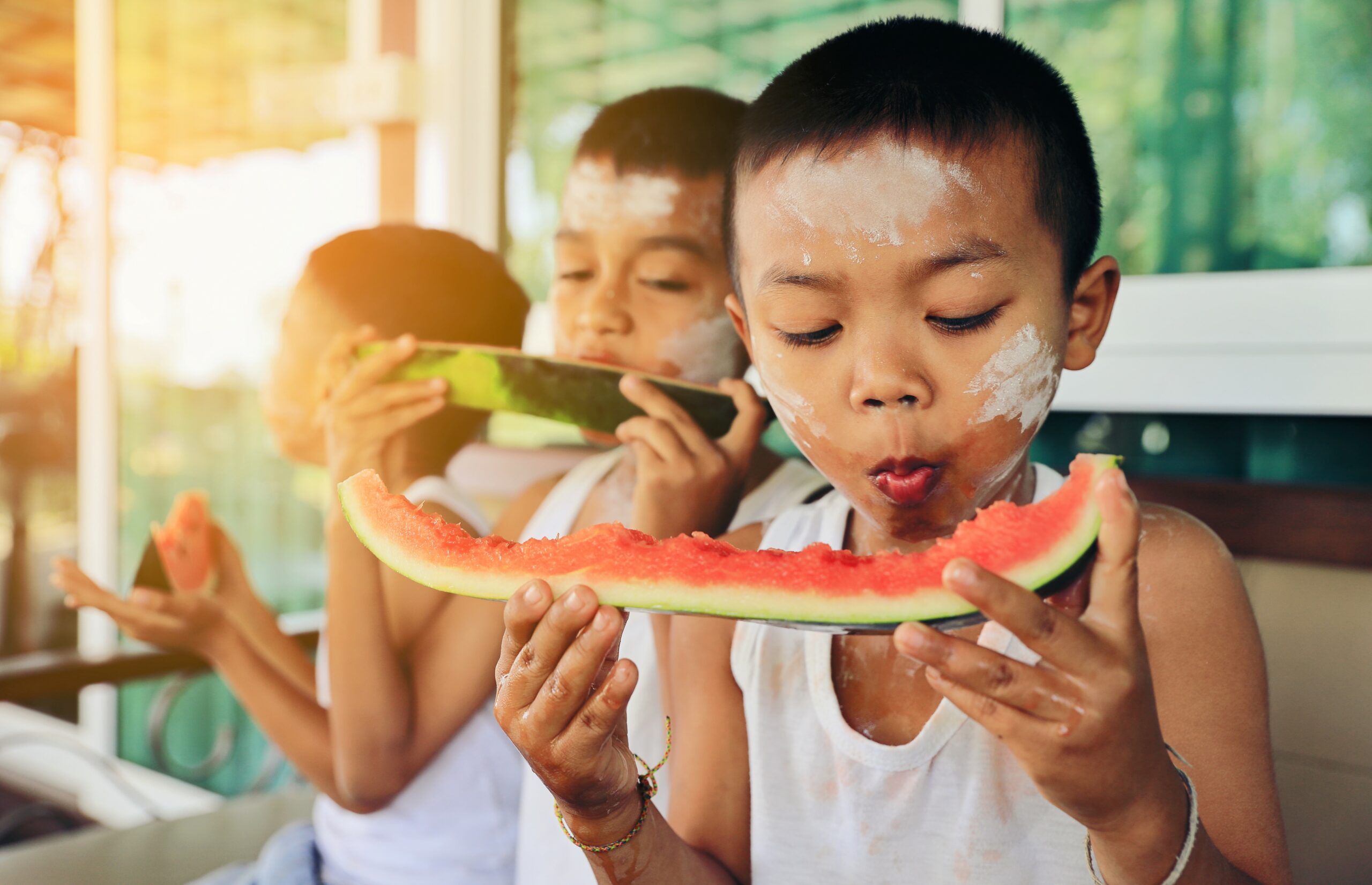 Children who eat fruit and vegetables have greater well-being

Balanced diets containing plenty of fruit and vegetables are known to positively contribute to the physical health of children. And now, new research from the University of East Anglia has concluded that fruit, vegetables, and nutritious diets also have a beneficial effect on mental well-being.

The study examined the association between fruit and vegetable intakes, breakfast and lunch choices, and mental health of almost 9,000 school children across 50 local primary and secondary schools.

Lead researcher Professor Ailsa Welch explained the importance of the research. “We know that poor mental well-being is a major issue for young people and is likely to have long-term negative consequences. Adolescent mental health problems often persist into adulthood, leading to poorer life outcomes and achievement.”

Mental well-being data was gathered through self-reported dietary choices and age-appropriate surveys that asked students to score their mental well-being based on cheerfulness, relaxation, and interpersonal relationships.

Ultimately, the study concluded that children who exceeded their ‘five a day’ had the highest mental well-being scores. “As a potentially modifiable factor at an individual and societal level, nutrition represents an important public health target for strategies to address childhood mental wellbeing,” explained Professor Welch.

This is significant, as Dr. Richard Hayhoe explains that the types of breakfast and lunch ate by both primary and secondary school pupils were also significantly associated with well-being. For example, children who ate a traditional breakfast experienced better well-being than those who only had a snack or drink, said Dr. Hayhoe.

On the other hand, “secondary school children who drank energy drinks for breakfast had particularly low mental well-being scores, even lower than for those children consuming no breakfast at all.”

Other environmental factors that could negatively impact mental well-being (such as adverse childhood experiences and home situations) were considered within the analysis. However, Dr. Hayhoe concluded that nutrition had as much or more of an impact on wellbeing as factors such as witnessing regular arguing or violence at home.

The research has been published in the journal BMJ Nutrition, Prevention & Health.