Children’s sleep can be disrupted by even dim light at bedtime • Earth.com 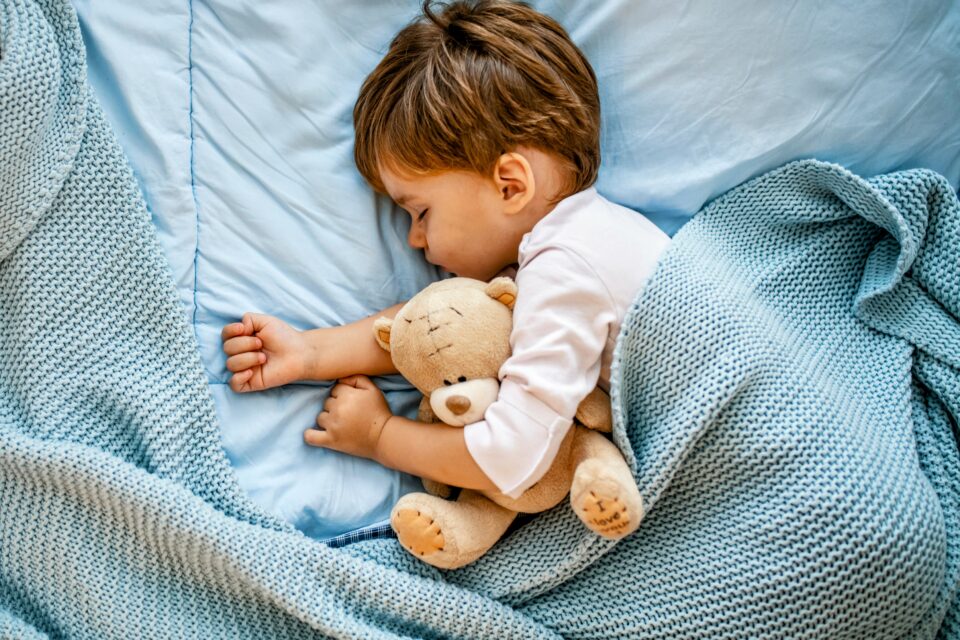 Light is our body’s primary time cue, strongly influencing our circadian rhythms, and thus regulating our sleeping patterns and other metabolic reactions. When light hits the retina, a signal is transmitted to a part of the brain called the suprachiasmatic nucleus, which coordinates bodily rhythms, including the nightly production of melatonin, a hormone that helps us sleep. If exposure to light happens in the evening as melatonin is naturally increasing, it can slow or even halt it, interfering with our sleep patterns.

While previous studies have documented how exposure to bright lights before bedtime can disrupt adults’ sleep, new research led by the University of Colorado at Boulder (CU Boulder) has found that, in the case of children, even exposures to very low intensities of light at night can sharply reduce the production of melatonin.

“Our previous work showed that fairly high intensity of bright light before bedtime dampens melatonin levels by about 90 percent in young children,” said study first author Lauren Hartstein, a postdoctoral fellow in the Sleep and Development Laboratory at CU Boulder. “With this study, we were very surprised to find high melatonin suppression across all intensities of light, even dim ones.”

Dr. Hartstein and her colleagues enlisted 36 children with ages between three to five years, for a nine-day protocol tracking their sleep and light exposure. While for the first seven days, parents kept the children on a stable sleep schedule to normalize their circadian rhythms and ensure that melatonin levels rise at approximately the same time each evening, on the last two days the children were exposed to dim lights in the hour before bedtime.

The scientists found that, compared to the previous nights with no light exposure, melatonin was suppressed by 70 to 99 percent after light exposure. Surprisingly, light intensity did not seem to influence how much the sleep hormone fell, and even 50 minutes after the light was extinguished, melatonin did not rebound in over half of the children.

“Together, our findings indicate that in preschool-aged children, exposure to light before bedtime, even at low intensities, results in robust and sustained melatonin suppression,” said Dr. Hartstein.

“Kids are not just little adults,” added senior author Monique LeBourgeois, an associate professor of Integrative Physiology at CU Boulder. “This heightened sensitivity to light may make them even more susceptible to dysregulation of sleep and the circadian system.”

Thus, in order to improve their children’s sleep quality, parents should control their activities before bedtime, particularly those involving the use of electronic gadgets such as tablets or smartphones.

The study is published in the Journal of Pineal Research.