The myth of the Chilean plant that supposedly murdered sheep • Earth.com 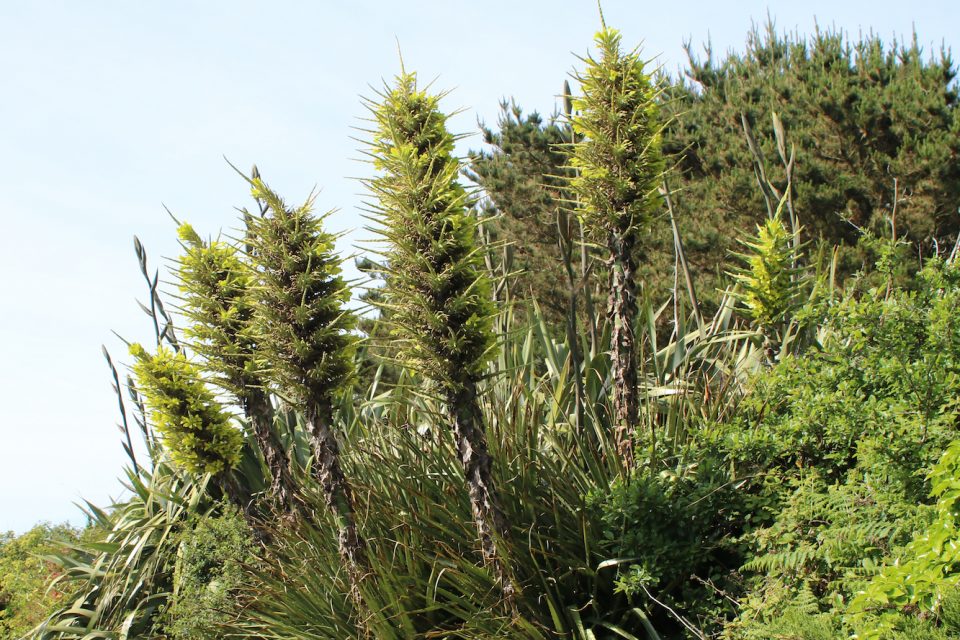 The myth of the Chilean plant that supposedly murdered sheep

The public has an appetite for the darker side of nature. Killer sharks, killer bees, killer snakes, just about anything that kills, especially when people or their pets are the victims.

Though the credulity that gives these sensationalized stories traction is often frustrating to conservationists, who rightly point out that when they are accurate at all, they represent extremely rare events, the tendency is an understandable one.

In a time when many peoples’ day to day life is almost completely divorced from the natural world and the dangers it may entail, the frisson of fear that these tales inspire brings us back to the savannah from whence we came, a place where humans were in fact prey to other animals and regularly succumbed to the defensive strategies of snakes, scorpions, and insects. Coverage of shark attacks and coyotes grabbing helpless lap dogs from their owners’ arms remind us, at a comfortable remove, of the natural horrors that civilization keeps at bay.

It was thus no surprise when, in 2013, a story about a Chilean plant that supposedly impaled sheep on its razor-like leaves and nourished itself from their decaying carcasses like a sword-wielding Audrey II, went viral. Outlets from the Daily Mail to the Huffington Post lapped up the salacious anecdote and so did their readers.

It originated with a press release from the Royal Horticultural Society about a specimen of Puya chilensis, a large species of bromeliad native to the Chilean coastal mattoral (an ecosystem of dry mountain slopes). The plant was preparing to bloom for the first time at the RHS’s garden at Wisley after having taken 15 years to mature. According to the RHS, the plant was known for trapping sheep in its admittedly intimidating spines; this was supposedly an indication of carnivorous tendencies. When the ensnared animal died, its rotting corpse served as the “grisly equivalent of a bag of fertiliser.” The press release further explained that shepherds in the Puya’s native Chile were known to burn the plant to keep their sheep from becoming its victims.

While that’s all very titillating, a bit of digging reveals that there is very little truth to the story. One blogger spotted the absurdity right off, even querying the RHS about it. Though a spokesperson eventually responded with some sources verifying the plant’s taste for flesh, none appear to be particularly reliable.

Further investigation casts even more doubt on this as a viable evolutionary strategy. The coastal slopes that P. chilensis inhabits in its native Chile do not host any native mammals of sheep size. In fact, there haven’t been any since the Pleistocene. While more recently humans have indeed introduced sheep and goats to the Chilean mattoral, these plants far predate their presence, thus puncturing any notions that they evolved to feed upon them. There are a number of smaller mammals that make these arid slopes their home, including the culpeo fox (Lycalopex culpaeus) and the degus (Octodon degus; Octodon lunatus) and they appear to be unharmed by their regular proximity to the plant. In fact, the moon-toothed degu (O. lunatus) is known to rest amongst the defensive spines. That would seem to be a risky strategy if the plant were in fact as blood-thirsty as it is said to be.

The plant supports other animals as well, notably birds. Avifauna such as the giant hummingbird (Patagona gigas) and green-backed firecrown (Sephanoides sephaniodes) make use of the copious nectar produced by its lime-yellow blossoms, which brim with so much of the sweet substance than it can provide a mouthful to thirsty humans too. Chileans have found additional uses for this supposedly deadly plant. Along with other species of Puya, a genus containing over 100 plants, all native to South America, it is referred to by natives as chagual. The fibres from its grey-green leaves have historically been used to make fishing nets. And the tender internal leaves are chopped and eaten in salads. (Degus are also reported to favor these parts of the plant, further casting doubt on its carnivorous habits.) Sections of its flowering stems were once used as corks. And extracts of the leaf are employed as astringents.

The RHS wasn’t wrong, though, about P. chilensis’s slow and deliberate reproductive habits. The striking flowers do indeed take some 15 to 20 years to appear. Nonetheless, the plant itself is rather easy to cultivate in dry, well-drained soils, spreading by offsets and forming colonies in many botanical gardens. And for all the build up, the flowering period lasts a scant week. Once a specimen gets going though, its spectacular 6 to 12 foot flowering stalks do appear year after year. Several of its relatives are equally striking. P. berteroniana, another favorite of botanical gardens, produces towers of bluish-green flowers. And P. raimondii of Bolivia and Peru is the tallest plant in the bromeliad family. Its flowering stalks reach skyscraping heights of 50 feet.

While P. chilensis may not be the botanical savage it was marketed as, it is nonetheless a fascinating and gorgeous plant worthy of the attention of botanists and amateur plant enthusiasts alike. Supremely adapted to the harsh climes of the Chilean mountain slopes and boasting on otherworldly form evocative of cinematic alien landscapes, it is a natural wonder in no need of a bloody evolutionary backstory.