Chimpanzees patrol their territory... and it pays off • Earth.com 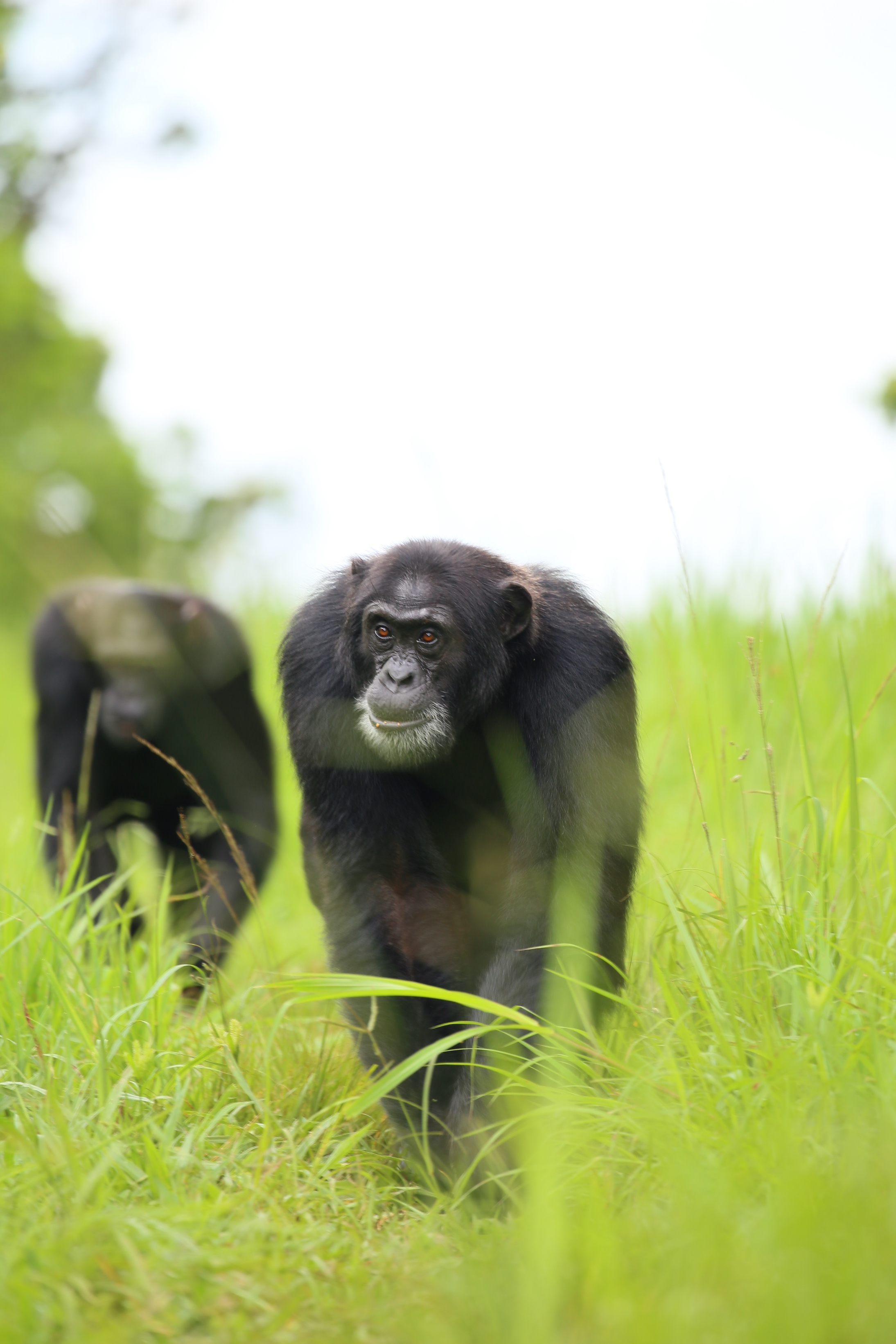 Chimpanzees patrol their territory… and it pays off

When in their territory, chimpanzees patrol their domain in groups – much for the same reason that wolves hunt in packs. By working together, these animals are able to be a much more significant force than when they’re working alone.

These patrols are a big deal, and consist of multiple individuals (usually male chimps) that walk the edges of their territory, and sometimes deep into their neighbors territory as well. Researchers have observed that during these patrols, the chimpanzees become hypervigilant. Their behavior suggests that they are actively searching for neighboring chimpanzees. And if a patroller finds members of a rival group, they will attack and sometimes kill them.

Given these behaviors, its believed that territorial boundary patrolling by chimpanzees is an incredible example of their group-level cooperation.

Researchers were wondering what the benefit is to individual males who choose to go on these patrols, as they are often dangerous and put the patrolling chimps in harms way. Overall, the patrols benefit the group by increasing territory size and food supply – but researchers noticed that individuals are not punished if they choose not to perform patrol duty.

In an effort to understand how male chimps are able to cooperate at this level, Keven Langergraber of Arizona State University and a team of researchers combed through twenty years of data on who participated in patrols in a 200-member group of chimpanzees in Kibale National Park, Uganda.

The group combined analyses of patrol participation with the results of paternity testing on 122 group offspring. They found that patrolling actually paid off in the long run because it increased group size, which is an important factor in inter-group competition.

“The Ngogo chimpanzees patrol and kill neighbors more frequently than any other chimpanzee group,” says John Mitani of the University of Michigan, who has studied this group of chimpanzees for 22 years.

Over a ten-year stretch of time, the Ngogo chimpanzees expanded their territory by 22 percent, and killed 13 other chimps from a neighboring group. Because of this success, they benefited from an above average food supply and long life expectancies.

The study found that males varied in how often they patrolled. High-ranking individuals, who were generally in better physical condition, patrolled frequently. Males with more offspring also patrolled more often, although many males without offspring still participated.

But patrolling takes energy and can be life threatening for a chimp. In addition, time spent patrolling means less time for eating or mating with females. So why would males without offspring patrol at the benefit of the relatives of other individuals?

The researchers believe they do this because in this large group, reproduction is not exclusive to the high-ranking males. So males who had no offspring yet still patrolled may be rewarded by being able to reproduce in the future, as increasing the size of the group means more chances to mate in the long run.

“We know that humans have means ranging from gossip to drastic punishment to aid cooperation in group settings,” says Langergraber. “The puzzle has been to explain cooperation in animal societies, where shirking would seem an attractive option. Most studies have focused on short term benefits of cooperation,” he adds, “but our study shows the benefit of long-term data collection, and also that we still have a lot to learn from these chimpanzees.”