Chimpanzees can pass down skills to next generation • Earth.com 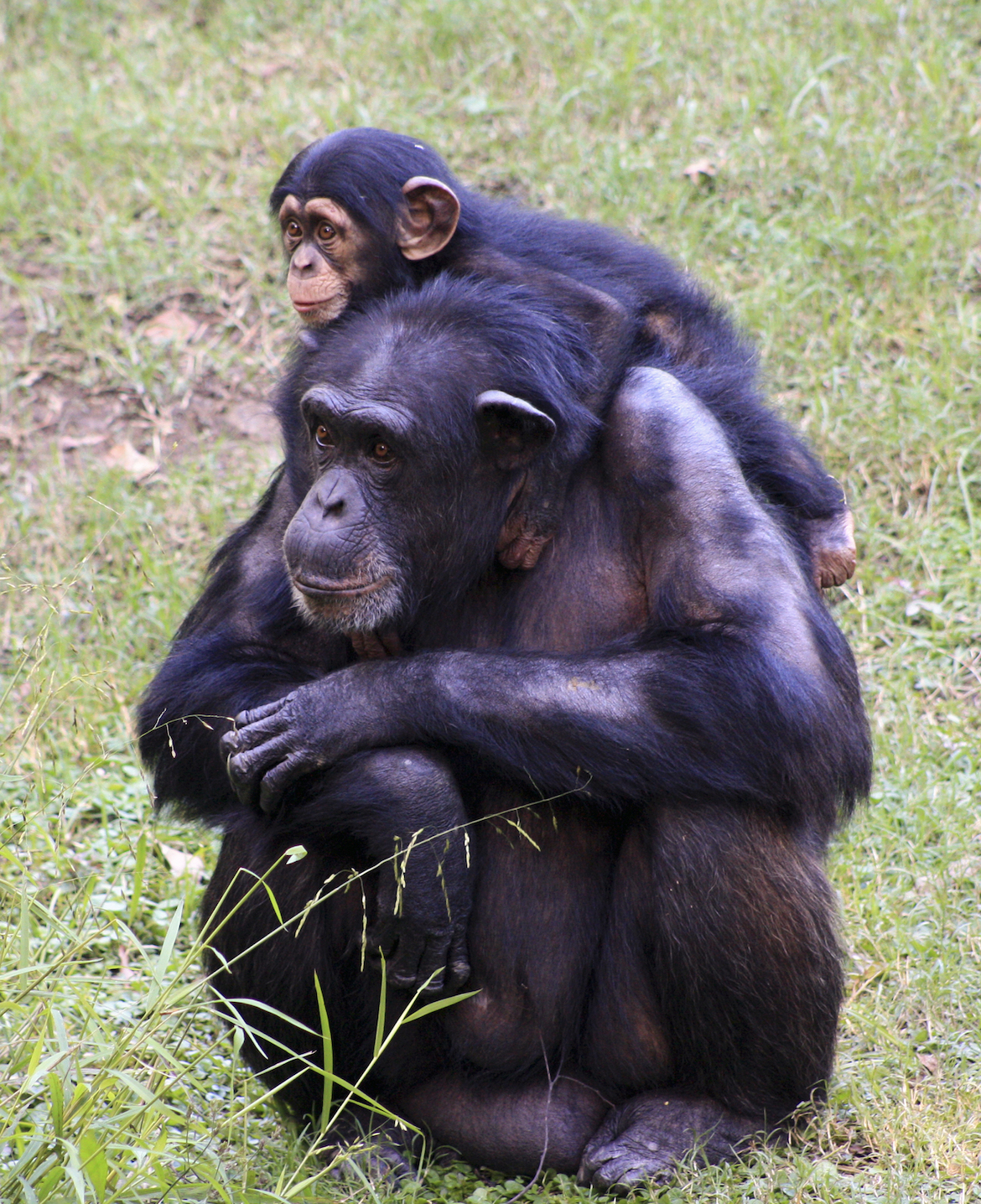 Chimpanzees can pass down skills to next generation

Passing skills down through the generations, once believed to an exclusive human trait, has been discovered in chimpanzees, according to a new study.

Primatologists from the University of St Andrews gave chimpanzees the chance to suck through straws to get juice from a large container just outside their enclosure.

A range of different objects were available for the chimps to use, from sticks to dip in the juice to various tubes that could be used as straws.

Chimpanzees presented only with the complex option failed to use it. However in other groups, where one chimpanzee had been trained to use the complicated tool, other chimpanzees watched and copied them.

The groups that were not provided with a trained member did see some chimpanzees create this complex behavior by themselves by pooling of partial discoveries by different individuals who had already mastered using the simpler straws.

“Perhaps the most fundamental thing this study shows is that a group of chimpanzees can appear more intelligent than any single individual – together they can create more advanced steps in cultural evolution,” said the study leader, Andrew Whiten of the University of St Andrews.

The results show that some non-human animals are “better equipped to improve the complexity of their cultural behaviors over time than was previously believed,” said the study’s lead author, Gillian Vale, of the University of Texas.

The findings are significant for understanding what may have happened in the course of human evolution as new skills were required to deal with radical ecological changes as forests gave way to savannas, with “cumulative culture” accelerating particularly during ice ages, the scientists said.

The ability of humans to evolve these skills over generations by building on previous knowledge, a process known as “cumulative culture”, was thought to separate humanity from the rest of nature.

The new research suggests that apes may indeed share some of the foundations of human culture, the university said.