In chimps, learning is a family affair, research finds • Earth.com 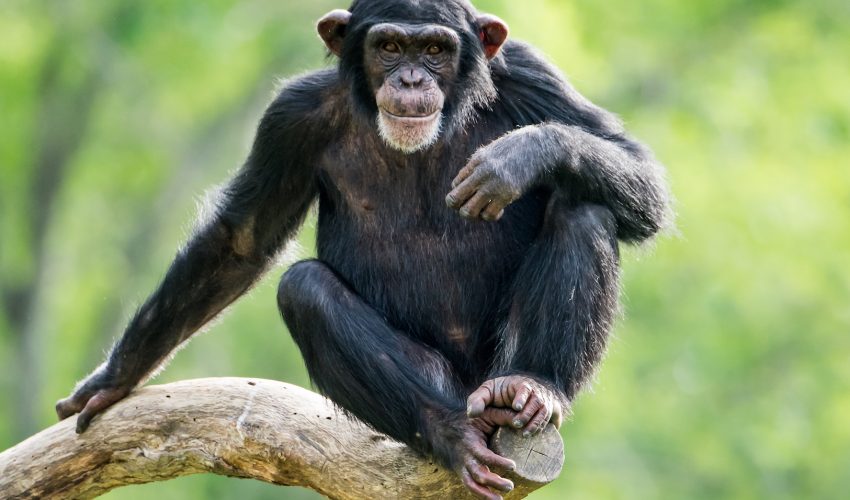 In chimps, learning is a family affair, research finds

When a chimpanzee discovered that moss could be used as a sponge to soak up water, the idea spread to family members, new study has reported.

Three years after his observing the innovative behavior in Budongo Forest, Uganda, researchers returned to the area and found that moss-sponge use continued to spread and was mostly learned by relatives of the chimp who invented it.

The discovery reinforces previous evidence that for animals, culture is spread mainly through family.

The researchers performed an experiment in which they provided moss and leaves at the clay pit where the chimps had demonstrated the technique before.

This time, an additional 17 chimps used the moss-sponges. Moss-sponging was strongly correlated with having moss-sponging relatives, according to the the researchers who examined field data from other scientists who have been observing the chimps for long periods.

“This is a wonderful contribution to the study of animal cultures,” Andrew Whiten of the University of St Andrews told New Scientist. “The accumulated evidence suggests that chimpanzees pass on scores of different traditions across Africa, but being able to see any of them originate and then spread is very much rarer.”

The chimpanzees primarily learn from their parents and other family members. “It’s like the family is the [crucible] where the behaviour is transmitted,” says Thibaud Gruber of the University of Geneva, Switzerland, one of the study authors.

A previous study involving Japanese macaques on Koshima Island in the 1950s, found that when a young female chimp began washing sand off sweet potatoes in a river before eating them, her peers soon did the same. Since then, the behavior has spread from mother to offspring.

“Social closeness is most of the time a bias in social learning, so that individuals learn the best from those they hang out with and whose behaviour interests them,” he says. We learn more readily from those we can identify with, and so do animals, he adds