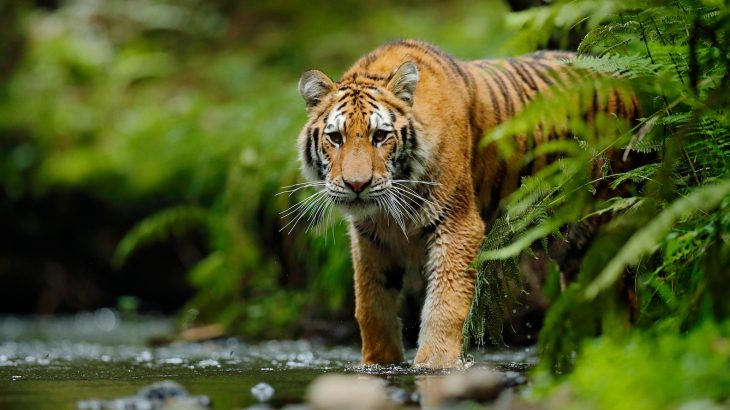 China made international headlines in October when it announced it would be opening up the trade in rhino horns and tiger bones under certain circumstances, replacing a 1993 ban on the trade.

The announcement was met with swift outrage from conservationists, animal advocates and others. Both rhinos and tigers are currently experiencing steep declines in the wild and people worried that opening up a trade in their parts would jeopardize the remaining populations.

“China’s decision to reopen a legalized trade in farmed tiger bone and rhino horn reverses 25 years of conservation progress in reducing the demand for these products in traditional Chinese medicine and improving the effectiveness of law enforcement,” said Leigh Henry, director of wildlife policy, World Wildlife Fund-US in a blog post. “This devastating reversal by China runs completely counter to the image of wildlife champion the world had come to expect with China’s ivory trade ban, which was such a positive development for the world’s elephants.”

Now China has just announced a temporary halt on the reversal. The government stated the regulation has been postponed for further studying.

The government did not state whether the trade in tiger bones and rhino horns would be re-opened after the temporary halt. The announcement was still welcome news for conservationists and animal advocacy groups.

“WWF welcomes the news that China has postponed lifting its ban on the domestic trade in rhino horn and tiger bone, signaling a positive response to international reaction,” said Margaret Kinnaird, WWF’s wildlife practice leader in an update to their blog post. “Allowing trade from even captive animals could have had devastating impacts on wild rhino and tiger populations. This move helps maintain the leadership role China has taken in tackling the illegal wildlife trade and reducing market demand.”

There are currently an estimated 6,000 tigers living on farms in China, compared to only 3,200 tigers living in the wild. Rhino farms can be found in South Africa which legalized the domestic trade of rhino horns.

Tiger and rhino farming fuels the poaching of the animals in the wild. Big Cat Rescue states, “Farming has normalized and legitimized the sale of tiger parts and products and has undermined global efforts to stamp out the illegal trade. There is no way to differentiate contraband from a wild born or captive born tiger.”

While the ultimate fate of tigers and rhinos in China is still unclear, China reiterated their commitment to ending illegal wildlife trafficking.