Christmas is the most 'toxic' environmental day of the year • Earth.com 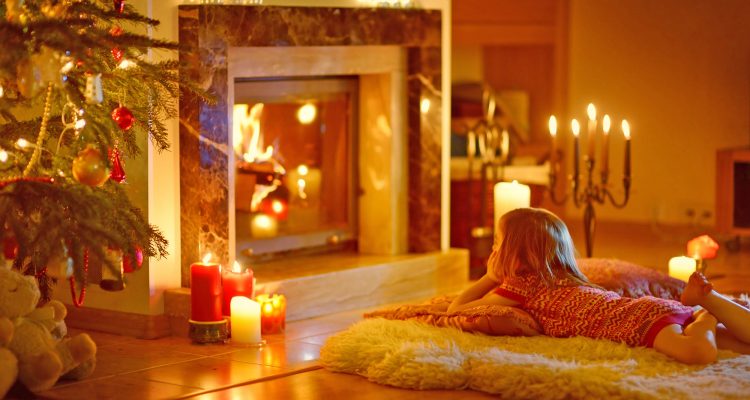 Christmas is the most 'toxic' environmental day of the year

The extensive toxins that invade our environment during the Christmas holiday probably come as no surprise when you stop to think about it. All of the log fires and the lengthy cooking and baking sessions for those holiday meals can create air pollution both indoors and outdoors.

During this celebratory event many people burn festive candles to promote familiar scents such as cinnamon and pine, releasing dangerous toxins, ultrafine particles and metals from their color pigments, while soot is also released when the candle flame flickers due varying air flows. These toxins can be extremely carcinogenic, and do damage to the sensitive lung cilia that are there to remove impurities.

A warning from air pollution expert Professor Ian Colbeck, University of Essex, mentions that most families who gather inside during the holiday should always leave a window open, and be sure to spend time out of doors to breathe fresh air.

Professor Colbeck also reminds us, “Christmas Day may well be the most toxic day of the year. It has the same effect as standing by the side of a busy London road for four hours, which is not something most people would choose to do. If you are asthmatic, you will become breathless, and this kind of air pollution could also raise people’s risk of cardiovascular disease.”

Many of our homes are tightly insulated, which delivers an even more harmful impact to our health by not allowing many of the pollutants and toxins to escape. Between the fires, ovens, scented candles, and more, ultrafine particles smaller than 100-nanometers in size are entering our respiratory systems and causing harm, such as inflaming the delicate tissues of the lungs.

Those who love a Christmas fire should be aware that wood smoke could be inhaled while lighting and during wind gusts that force smoke back into the home. This smoke can also enter the home and lungs from neighborhood chimneys.

Studies revealed that in Denmark alone, emissions from wood-burning stoves cause approximately 400 premature deaths yearly, and in London wood stove smoke accounts for between 7 – 9% of particle pollution.

If all of these Christmas warnings aren’t bad enough, there are other risks associated with wood stoves and fireplaces. The Insurance firm NFU Mutual warns that house fires at Christmas are a common event if chimneys and flues are not cleaned properly, cautioning us that they paid out $2 million on chimney fires in 2015 alone.